At the feet of others: charity shoe collection 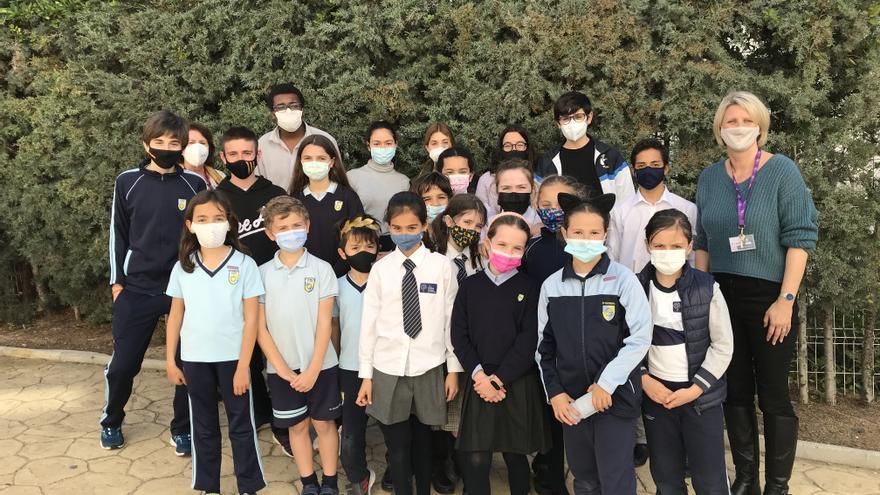 Why have long lines of shoes filled the corridors of The British School of Malaga? Everything arose as an initiative of the Primary and Secondary students themselves, who wanted to start a project to help the most disadvantaged people.

The school has collaborated for years with the Granada NGO School of Solidarity Foundation, making collections of food and basic necessities at Christmas, which served to attend a good part of the needs in the Foundation’s home. The students thought it would be a good idea to continue contributing in the second term, so they decided to organize a shoe collection, very practical for the home and within everyone’s reach.

The idea of ​​the “BSM Shoe Drive” or shoe collection was successful and, with the help of their teachers, all the school students were asked to find shoes to donate at home, provided they were clean and in good condition.

During the month of February they took pairs and pairs of shoes to school, of very different types and sizes but always thinking about their usefulness, and they placed them in the corridors, lined up and forming a train. The students managed to collect 850 pairs of shoes, which were consigned to the NGO.

The initiative caught the company’s attention Gody footwear (Shoes Size) who has joined the cause and enthusiastically responded to the idea of ​​donating shoes. Following the delivery of shoes by the school students, Calzados Gody has contributed a generous contribution of 188 pairs of shoes to the cause.

To collect the shoes, the students of The British School of Malaga set themselves a challenge: who would reach the imaginary line that divides Primary and Secondary before? The winners were the primary school children, who managed to cover all the corridors in their area.