At the Armory Show in New York, the art bug is still rife

In more than a quarter of a century of existence, the Armory Show has rarely known better weather: no blizzard or snowflake has swept the two former docks for cruise ships occupied by the fair along the Hudson River this year. , in Manhattan. Spring, the sun was all the more appreciated by visitors as these two parts have been separated from each other since Pier 92 had to be abandoned in disaster in 2019, a week before opening, due to of its dilapidation.

This year, the sources of concern were other at the opening of the historic New York fair (from Thursday 5 to Sunday 8 March): the first day, reserved for VIPs, was to settle a number of questions. The most obvious: would there be a “coronavirus effect” in a country where the pandemic has already killed eleven people? Even as contemporary art fairs are canceled or postponed across the world, the Armory has seen only two galleries (from Shanghai and Hong Kong) give up coming out of 183 exhibitors from 32 countries. Italian galleries have responded, despite the suspended flights by several airlines between the United States and Italy.

Fewer European collectors made the trip, but the local audience, American and Canadian, fully compensated

In the aisles, where the crowd had thronged all day, there were few protective masks. The handshakes, on the other hand, have been replaced by salutes from a distance or pats from elbow to elbow. Attendance, judged “Normal”, responded to another angst in galleries: were collectors coming? There was general agreement that fewer European collectors made the trip, but the local audience, both American and Canadian, fully compensated.

“There are very few French collectors, whereas the Armory is usually full of them”, raised theart advisor Valerie Cueto. “Fortunately it’s a very American fair, otherwise we would have been very bad”, confided Bruno Delavallade, from the Parisian gallery Praz Delavallade, at the end of the day. “The state of mind of Americans, and in particular of New Yorkers, is: let’s not let ourselves be defeated, let’s ward off fate by supporting what we love! », analyzes the French gallery owner, based in New York, Josée Bienvenu, also “Reassured”.

Another delicate point this year, the dates of Tefaf Maastricht, prestigious art and antiques fair, which increasingly attracts very contemporary galleries, coincides with those of the fair. Beyond this unprecedented superposition, competition from fairs is being felt for the first time acutely for the Armory, with the disaffection of the majority of the very large galleries: no Hauser & Wirth, Zwirner, Perrotin, by Marian Goodman, Pace, Continua, Ropac or Kamel Mennour this year. Among the great New Yorkers, only Gagosian, Jeffrey Deitch, Kasmin and Sean Kelly responded.

You have 56.22% of this article to read. The rest is for subscribers only.

Freiburg: Theater Freiburg will stop regular performances up to and including January 14, 2021 – timely information about planned programs from January 15 and the possibility of ticket reservations 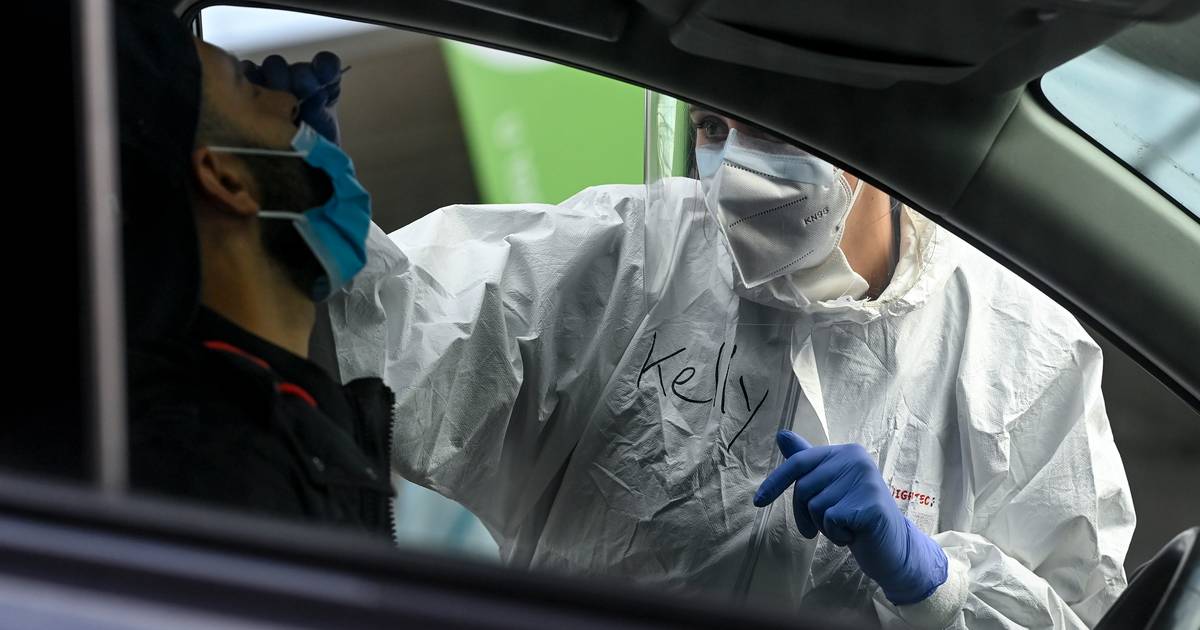 Van Gucht warns: “At the current rate 500 infections per day by Christmas, five times higher than the lowest figure of the summer” | Coronavirus is spreading