Arib files a complaint against conspiracy thinkers who attacked Omtzigt

The chairman of the Lower House, Khadija Arib, has reported conspiracy thinkers who pursued and threatened CDA MP Pieter Omtzigt on Thursday. Which reports newspaper Trouw.

The attackers of Omtzigt wanted attention for typical conspiracy theorist topics such as the ‘deep state’, satanic child abuse and the distance of a meter and a half. They also made threats: “I will kill you, you moron.”

At least among the people who pursued Omtzigt were some followers of the QAnon conspiracy theory. People who believe in this false theory think Trump is engaged in a battle with an elite of satanic child molesters.

Oxbeard is not going to shoot Rutte and others because she wants to keep her karma clean pic.twitter.com/SLBCRV7b75

This week refused US President Trump to distance himself from the QAnon ideology. When asked by a journalist what he thought of the theory that he would save the world from pedophiles and cannibals, Trump replied, “Is that good or bad? If I can save the world by solving problems, I am willing to do so. ”

FBI investigations qualify supporters of QAnon as a potential terrorist threat. QAnon supporters are also threatening politicians in the US. A QAnon believer is additionally held responsible for the murder of a mob boss. Trump believes the QAnon supporters “love our country”.

REPORTER: QAnon believes you are secretly saving the world from this cult of pedophiles and cannibals. Are you behind that?

TRUMP: Is that supposed to be a bad thing? We are actually. We are saving the world. pic.twitter.com/rPYFU1B8WB

Many thanks for the support and many nice messages.

As a representative of the people I always engage in a conversation with as many people as possible, especially if they have a different opinion or do not feel heard.

But always with a little respect for each other.

Ssangyong Motor, life and death in the P plan… Establishing a justification for support is’key’

“Now it’s a love story of crazy or nothing”: faced with the crisis, singles reveal themselves to themselves 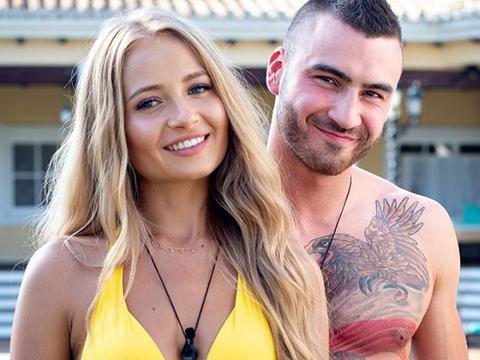 “Love Island. Island of Love 2”: the former contestant revealed the backstage of the show

A day to promote the condom … and laugh about it

Joss Favela invites Jessi Uribe to be ‘The student’

Burglaries committed by homeless people in several districts in Lyon