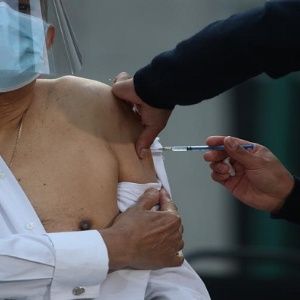 Faced with the cases of outbreaks registered in Latin America, the various heads of state signed agreements with nations and companies to purchase vaccines against Covid-19 and thus be able to combat the pandemic and gradually reopen strategic economic sectors such as tourism.

Countries such as Argentina, Chile, Mexico and Costa Rica, with the arrival of vaccines (either Sputnik V or Pfizer-BioNTech), are beginning to implement their strategic vaccination plan by social sectors.

Recently, the Argentine government received a shipment of 300,000 vaccines from Sputnik V, originating from Russia, on the flight that carried 56 thermo containers.

It is expected that in the coming days, the Argentine head of state, together with the health authorities, will begin the execution of the mass vaccination plan in the South American nation.

The Pfizer-BioNTech vaccine in Mexico

Official figures on Covid-19 corroborate that Mexico is among the Latin American countries with the highest rate of infected people.

At the beginning of the first phase of vaccination in Mexico, nurse María Irene Ramírez was the first person to receive the Pfizer vaccine, of the first 3,000 doses that arrived in the country on December 23.

The 59-year-old health sector worker is head of the intensive care unit at Hospital Rubén Leñero in Mexico City.

The first shipment of vaccines against Covid-19 comes from the pharmaceutical company Pfizer-BioNTech, produced by German and American scientists.

What is the situation in Chile?

The Ministry of Health in Chile on its official website commented that the Undersecretary of Public Health, Paula Daza, led the vaccination process at the regional level, where the distribution of 2,050 doses for the personnel of the Critical Units began by land and air of 13 health facilities.

The authorities confirmed that 2,050 Pfizer-BioNTech vaccines arrived in the Bíobío region to combat the pandemic.

According to statements from the health institution in Chile, the vaccination process for medical institutions will continue and “in 48 hours a balance will be made of this first immunization process, thus starting a gradual process.”

“The groups that make up the target population, corresponding to health personnel and others deployed on the front line in the context of the pandemic, the elderly and people with chronic diseases, will access this protection in the coming weeks and months, which is delivered in the form of free by the State ”, asserted the Undersecretariat of Public Health.

Costa Rica with more than 161,942 confirmed cases and more than 2,065 deaths began its vaccination campaign last Thursday, informed the president of the nation Carlos Alvarado. Upon receiving its first 9,750 vaccines against the virus developed by Pfizer and BioNTech, the Central American country began to apply this drug in nursing homes and health personnel.

According to the Costa Rican authorities, with the agreement established with the pharmaceutical companies, it will allow the vaccination of 1.5 million people.