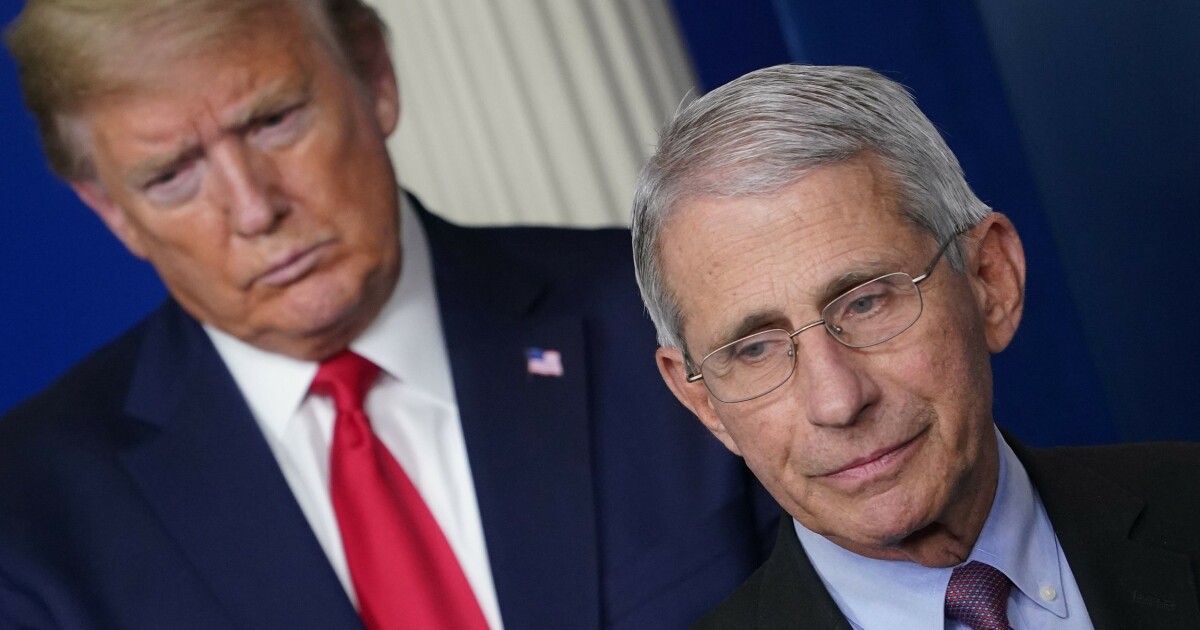 Former US President Donald Trump is among the Republicans who have recently reached out to Fauci. His statements are not recorded in The Fox News interview, but it makes statements from, among others, top Republican Lindsey Graham and one of Trump’s former advisers.

– How bizarre is that?

In addition, Navarro accused Fauci of allowing the Chinese Communist Party to create the virus, due to his support for the Wuhan laboratory, according to Fox News.

The laboratory has been subjected to conspiracy theories that the virus was created there, a theory that the WHO expert group has branded as highly unlikely.

– Peter Navarro says I created the virus? How bizarre is that? Come on, Fauci answers.

In a series of twitter messages on Friday, Senator Graham Fauci asked to travel to the border, and see with his own eyes “the largest super-spreader event in the nation”. Graham refers here to the large number of migrants who are at the border.

Last week, Trump’s former chief of staff, Mark Meadows, also criticized Fauci for not commenting on the border issue, according to The Guardian.

Read Also:  "Thank you Heroes": The initiative that gives vacations to health professionals

In the interview with Fox News, Fauci calls Graham’s demand “bizarre” and emphasizes that he has nothing to do with the border.

In February, Florida Senator Marco Rubio said Fauci’s job “is not to mislead or intimidate us into doing the right thing.” Confronted with this, Fauci replies that he does not know how to respond “without sounding hostile.”

– Because I’m not. I have a lot of respect for the senator. I’m not trying to scare anyone. We make recommendations based on scientific evidence and data, because we want to give the American people the information they need to make choices.

Last week, Trump reached out to Fauci and another expert, Deborah Birx. He worked with both when he was president.

Trump claimed that Fauci and Birx are two people who try to promote themselves to “rewrite history and cover up for their bad instincts and flawed recommendations, which I fortunately almost always reversed.”

Trump accused Fauci of trying to take credit for vaccine development, and of “making himself appear as good as possible.”

Trump’s statement came after a CNN documentary about the pandemic in which Fauci says that he was shocked when Trump in April last year asked the country’s states to “free themselves” from expert councils to comply with closure measures. Birx says she received a “very uncomfortable” phone call from Trump when she spoke out publicly about the rapid spread of the virus. Federal authorities did not give a consistent message to the people, and that was the biggest mistake, she tells the channel.

“Fauci and Birx acted too slowly, and if it was up to them, we would still be trapped in our basements while the country suffers through economic downturn,” Trump said.

He also criticized Fauci’s ability to throw a baseball and called Fauci “the king of flip-flop sandals”.