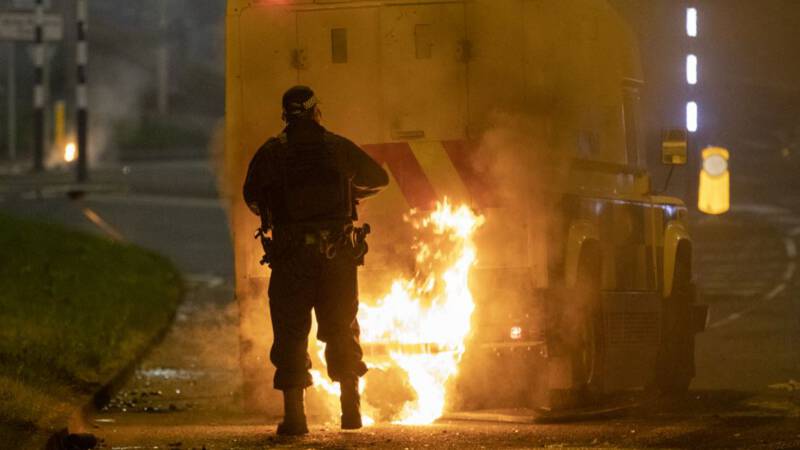 Pro-British rioters have once again misbehaved in the Northern Ireland capital of Belfast. A group of youths hijacked a bus and set it on fire. The police were also pelted with stones.

It has been since last week restless in Belfast. Cars are set on fire and dozens of police officers have been injured. The pro-British rioters are angry about the post-Brexit customs border between Northern Ireland and the rest of the United Kingdom.

The Protestant Northern Ireland Democratic Unionist Party (DUP) and the pro-Irish party Sinn Féin accuse each other of adding fuel to the fire. For example, the DUP says that rioters act out of frustration at the decision of the judiciary not to prosecute party members of Sinn Féin for violating corona rules at a large funeral last year. Sinn Féin says that the attitude of the DUP towards the customs border is causing problems.

British Prime Minister Johnson says on Twitter that he is “deeply concerned” about the outbreak of violence in Belfast. “Certainly about the attack on the police protecting the public and companies, the attack on a bus driver and that on a journalist. Disagreements must be resolved through dialogue, not violence or crime.”