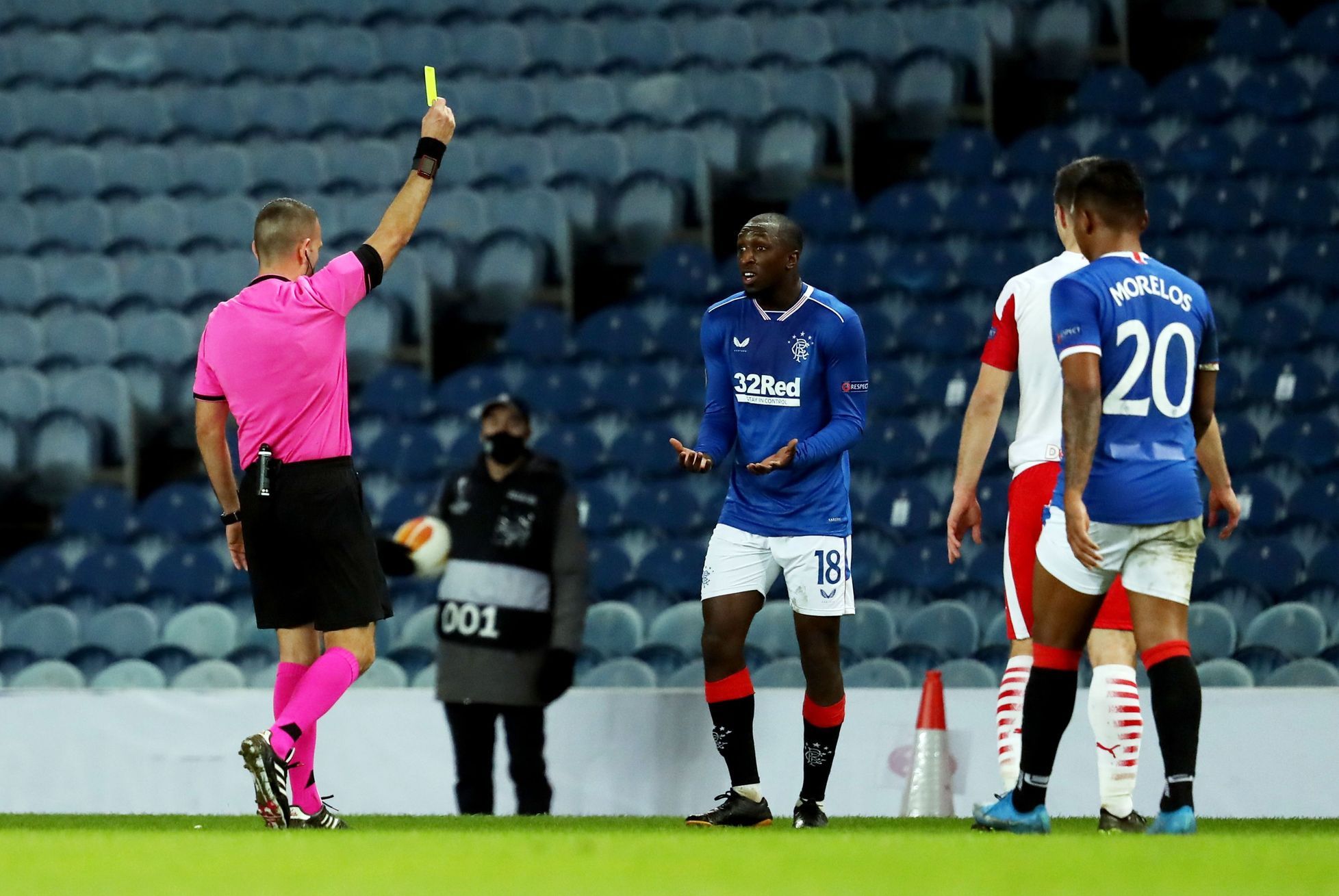 Rangers footballer Glen Kamara spoke for the first time in person to ITV about the incident with Slavia’s back, Ondřej Kúdela, who allegedly racistly insulted him.

The incriminating moment occurred in the 87th minute of the match of the rematch of the eighth finals of the European League (0: 2), when the Czech national team whispered something to Kamar with his mouth covered with a foul.

The Finnish midfielder said after the match that it was a racist insult; Kúdela allegedly called him “again …. a monkey”.

“At that moment, a lot of emotions ran through my head. I felt upset and humiliated. I felt like a little boy and tears welled up in my eyes,” Kamara told an ITV reporter.

“If I could turn back time, I would definitely leave the field.Steven Gerrard pozn. red.) told me that he would replace me, but I didn’t want to hear anything from anyone, “Kamara added.

However, Kúdela denies this version of the story, claiming that he insulted his opponent, but only with vulgarities, not racist allusions.

The dispute over the interpretation of the entire incident was thus transferred to the UEFA disciplinary commission, which has not yet delivered its verdict. So far, Kudel has only been banned from today’s duel with Arsenal.

In addition, the disciplinary commission is investigating Kamar himself, who, according to Slavia Kúdel, was to physically attack after the match. The Finnish footballer did not comment at all on this incident for ITV.

On the other hand, he stated that he has been the target of racist insults of Slavia fans on social networks since the match was completed. “I’ve seen their fans react. I get (racist) insults on Instagram every day. I’m not a person to be influenced by it, so I’m fine. But how the team (Slavia) reacted to it is sad , “Kamara added.