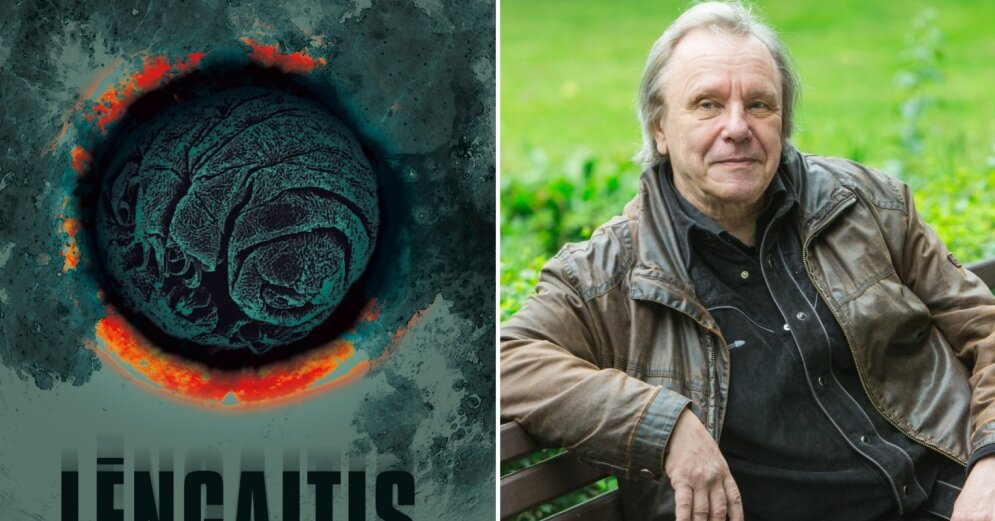 The publishing house “Dienas grāmata” has published the new novel “Lēngaitis” by the writer Andris Zeibots.

As the publishing house manager Dace Sparāne-Freimane writes: “Lēngaitis” is a novel variety – it is a philosophically solvable detective novel, it is a psychological study, in a sense also a war drama that takes place “twenty years after the war”. Two writers, intellectuals, Konstantins Raudive, a researcher of electric voices who are disturbing the academic world, and Zenta Mauriņa, a literary scholar, are once at home at home in the small German town of Bad Crocingen experiencing incomprehensible events. illuminating the master plan of all the great performances. “

“Is this a biographical novel about the lives of Konstantin Raudive and Zenta Mauriņa in Germany in 1960, about the healing of wounds cut during the war? Yes and no. Is this a detective story created by the writer’s imagination with intense plot twists? Yes and no. Is this a drama of ideas , which solves the conflicts of European post – war cultural theories and currents of thought, throwing a bridge to the present day? Yes and no, “writes publicist Vents Zvaigzne about the book.

“In Andris Zeibots’ model of the overlap of the universe of consciousness, or multiverse, each of these stories can exist independently and at the same time be included in a larger stream, which” radio waves “give a patient reader – slow motion – the opportunity to hear his story,” says Zvaigzne.

Andris Zeibots (1950) is a writer, poet and playwright, author of several books. His novel “Oceanic Self”, which won the Amber Sodum Prize for Innovation in Literature in 2014, was the first Latvian novel in the style of psychological fiction – about the conditional unconscious world contained in a dream with its many self-images and constantly different identities. In the novel “I am …” in the novel “Krauklis” (2020) about the poet Jānis Ziemeļnieki’s sharp vision and intertwined reality, the author has been able to make the world of the poet’s thoughts and rehabilitate, highlight the essence of Ziemeļnieks’ poetry and its superiority. The search for a psychological and philosophical framework is also the central axis of the new novel “Lēngaitis”.

Read Also:  A memorial plaque to director Juris Podnieks is erected in Riga

The artist of the book is Jānis Esītis.