Andalusians consider television “the least plural and impartial medium”, according to the CAA barometer 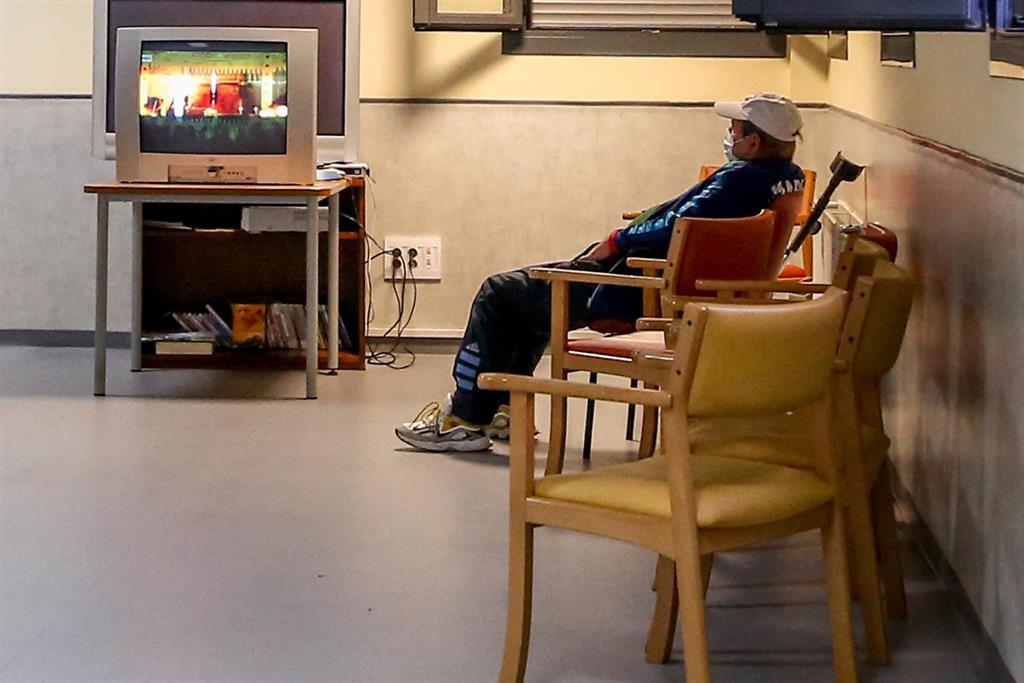 27.8% of those surveyed say that La Sexta “distorts reality for political interests”

Andalusians consider television to be the “least plural and impartial” audiovisual communication medium compared to radio and the internet, according to the latest barometer of the Andalusian Audiovisual Council (CAA) of 2020.

As explained by the council in a press release, respondents suspend television with a 4.8 out of ten average score in political pluralism and evaluate their informative impartiality or ability to present facts without bias or prejudice with a 5.5, including different points of view.

The Andalusian population grants the highest degree of confidence in political pluralism to the internet (5.4), followed by radio (5.3) and, lastly, television, which lowered its average score from 5.1 in 2019 to this 4.8. The number of respondents who believe that television is not a plural medium also increases by six points, reaching 35%.

For its part, the informative impartiality of the audiovisual media has been valued by Andalusians with a score of six for internet and radio, and 5.5 for television, which shows an upward trend that began already in 2019. More than half (64%) of the Andalusian population thus believes in the impartiality of television, although another notable 24.1% suspends it in compliance with these principles.

This barometer, which is prepared by the Audiovisual Council of Andalusia on conducting 3,020 surveys, also dedicates a section to the assessment of the content broadcast on television by Andalusians, who 25.4% consider that the worst of this The average is that “information is manipulated”, while another quarter (25.3%) of Andalusian society believes that there are “too many programs of the heart”.

Likewise, a significant 18% of those surveyed have indicated that television broadcasts “excessive advertising”. For 9.8% there is a “lack of education and civility” in the development of some television programs and 3.5% describe the medium as “very sensational”.

Compared to the results of the barometer in 2019, Andalusians critical of information manipulation have increased by 7.3 points, complaints due to excessive advertising decrease by 6.8 points and the people who believe that there are too many heart programs.

On the other hand, entertainment is the highest rated aspect of television by 41.4% of those surveyed. They are followed at a distance by people (17.6%) who think that television “reports on many topics”, 10.8% affirm that it helps them to disconnect, another 10.5% emphasizes that it informs them live and 9 , 1% consider that it keeps them company.

Despite Andalusian criticism of the small screen, its use is still massive and only 5.3% do not use this medium on a daily basis. This generalized consumption increases even more, to 97.3%, among people over 45 years of age. The majority (61.4%) prefer to watch television for information.

In the case of the internet, 69.6% of the people consulted consume it daily, compared to a significant 30.4% who say they do not do so regularly or only sporadically. The percentage of those who use the internet on a daily basis rises to 94.5% in the case of Andalusians aged between 16 and 34 years.

RISKS AND ADVANTAGES OF THE INTERNET

The greatest concern of Andalusians regarding the use of the internet is the violation of data privacy in the virtual environment. Thus, 58.4% of those surveyed say they are concerned about this issue, followed by the prevention of scams and fraud (39%) and the theft of personal and banking data (35.6%). To a lesser extent are those people who say they are concerned about identity theft (9.6%) and about attacks and damage to the system and equipment (5.1%).

On the other hand, 70% of the Andalusian population emphasizes that one of the greatest satisfactions that the internet provides is being able to access information immediately. Other of the main advantages of the internet is that it encourages interpersonal communication and that it allows entertainment without leaving home, options chosen by 30% and 28% of those surveyed. 18.5% believe that the greatest satisfaction is that it facilitates online work and 9.6% believe that it favors training.

The barometer also reflects that more than a third of the Andalusian population considers, to a greater or lesser degree, that the contents of the audiovisual media should be regulated. 95.9% of those surveyed believe that this control should fall on the parents or legal guardians; 19% understand that the platforms that administer and disseminate the content and the channels must be responsible for it; and 16.7% think that it should be the public bodies who assume it.

Read Also:  Martijn Koning 'thinks' about the invitation to the RTL | Entertainment

The option of granting parents and legal guardians control of content has been gaining weight over time, being the one chosen to a greater extent in the last five years and, in fact, in this new edition of the BAA it rises almost three points compared to to 2019.

Regarding the specific regulation of the use of the Internet, which is outside the scope of action of the CAA, 83.8% of the population states that they are in favor of this body being in charge of carrying out this management task.

Finally, regarding the functions that citizens demand from the council, 85% of those surveyed consider that it should focus on pointing out inappropriate content for minors; 68.8% indicate that they have to dedicate their efforts to eliminating those messages that incite hatred due to race, religion, etc.; and more than half (56%) believe that they should regulate content related to games and gambling on the internet.