Home » Business » All hospitalized omikron patients are unvaccinated, but none go to intensive care

All hospitalized omikron patients are unvaccinated, but none go to intensive care 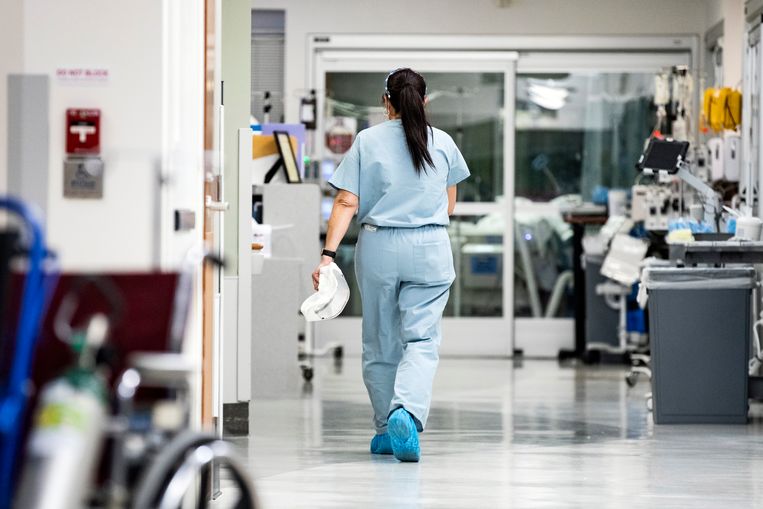 So far, 51 hospitalized patients with confirmed omikron infection have been identified through Clinical Hospital Surveillance. This figure is, of course, a significant underestimate. Only a limited number of patients are examined with which variant they are infected.

But of those 51 patients who were clearly infected with the omikron variant, none had been vaccinated. apparently. Their median age was 45 years, which is relatively young. The good news – for now – is that none of the patients had to be admitted to the intensive care units so far. The 51 people also had to stay in hospital for an average of two days.

“This is a first limited small study group,” says Sciensano virologist Steven Van Gucht. “It does not mean that there are definitely no omikron patients in intensive care in Belgium. Possibly, but we don’t know about everyone. It is difficult to determine which variant they had in people who have been in hospital for a while, since the virus disappears from the nose after a while. The intention is to detect the variant more quickly in more patients in the coming weeks.”

The results are in line with the perception from abroad that omikron is less pathogenic, although this is mainly due to the immunity that we have built up en masse in the meantime. A study from South Africa, not yet peer-reviewed, showed this week that omikron alone reduces the risk of serious hospitalization or death by 25 percent. However, most of the mildness is due to the fact that the population now has more immunity from vaccination and previous infections than during previous waves.

The vast majority of the 406 covid patients who are still on IC in Belgium today are people with a delta infection. This concerns both patients who became ill longer ago, before omikron became dominant, as well as people who have recently contracted a delta infection. Omikron currently accounts for 88 to 90 percent of all infections in Belgium, a figure that does not seem to increase in recent days. A significant part of the infections still occurs with delta.

In its report, the RAG also looks with hope to the situation in other countries such as Denmark and the United Kingdom. “The number of hospital admissions here also increased less sharply than the infections. The most recent information confirms once again that the variant leads to fewer hospitalizations and, above all, fewer ICU admissions, compared to delta. There is also evidence that the hospital stay for patients with an omikron infection is substantially shorter.”

However, the admissions of children to hospital are watched with vigilance. “A higher number of hospitalizations of (young) children are reported in a number of countries, but the data are difficult to interpret,” it said. The virus is circulating everywhere like never before, which leads to an absolute higher number of infections, including in children. Because the over 12s and certainly adults are increasingly vaccinated and children are not (yet), their relative share in serious illness is also increasing.

In the meantime, the latest Sciensano data still show the positive effect of vaccination on hospital admissions and admission to intensive care, especially among the elderly. As is known, the effect is much smaller for contamination. For example, between December 27 and January 9, 893 people over 65 were hospitalized because of Covid-19, and their vaccination status was known. 239 of them, more than 26 percent, were not vaccinated. However, unvaccinated people over 65 make up just under 7 percent of the population.

253 over-65s had completed their primary vaccination course, 400 others had already received their booster. Thus, the boosters made up 45 percent of hospital admissions, when they already made up about 85 percent of the population at the time.

Vaccination in the past two weeks has also provided strong protection for adults between 18 and 64 years old. The advantage for the booster was less great here, but still present. Only 4.5 per 100,000 boosted patients ended up in hospital, 8 times more among the unvaccinated (37.1), and 1.9 times more among people with the basic vaccination (8.7).

Teenagers between 12 and 17, who are currently not receiving a booster shot, still benefit greatly from their basic vaccination: 0.9 per 100,000 vaccinated teenagers ended up in hospital, and more than 48 per 100 unvaccinated. , or a difference with a factor of 54. In absolute figures, there were 83 admissions among unvaccinated teenagers, and 6 among vaccinated ones.

In addition to the risk of hospitalization, the vaccine and booster provide even greater protection against serious illness that requires admission to intensive care. For example, in the past two weeks, 132 over-65s were admitted to IC, of ​​which 53 or 40 percent were unvaccinated (while, as mentioned before, they only make up 7 percent of the population). 36 others had completed their primary vaccination course, 42 had been boosted.

Among 18 to 64-year-olds, the unvaccinated even accounted for 60 percent of all admissions to intensive care: 83 out of 137. And finally, among 12 to 17-year-olds, there were 6 admissions, all of them to teenagers without vaccination.

‘Our immunity will improve’

Van Gucht expects that our immunity against the corona virus will improve significantly in the coming weeks, he says. And after omikron it will be quieter. Hundreds of thousands of Belgians have already been infected in recent weeks, millions have already been vaccinated and boosted. “Our immunity is therefore broadly and deeply stimulated, which makes it difficult for other or the same variants to break through after omikron,” explains Van Gucht.

“I expect our immunity to improve week after week. But that immunity can also weaken over time. That happens after a few months or years, we don’t know exactly. If our immunity decreases or is too weak, an old variant can reappear.” According to the virologist, new variants will be added later, but at the same time there will also be differences in the seasons. “Spring and summer are going to be quiet and fairly normal periods. But it is very difficult to predict what to expect in the autumn and winter. In any case, there will be new upheavals,” said Van Gucht.

The question is whether our hospital system will run into problems again. “That is a crucial question. If not, we can move to a normal situation, just like we treat the flu. Then there are no restrictions. And we will then recommend people to get vaccinated.” 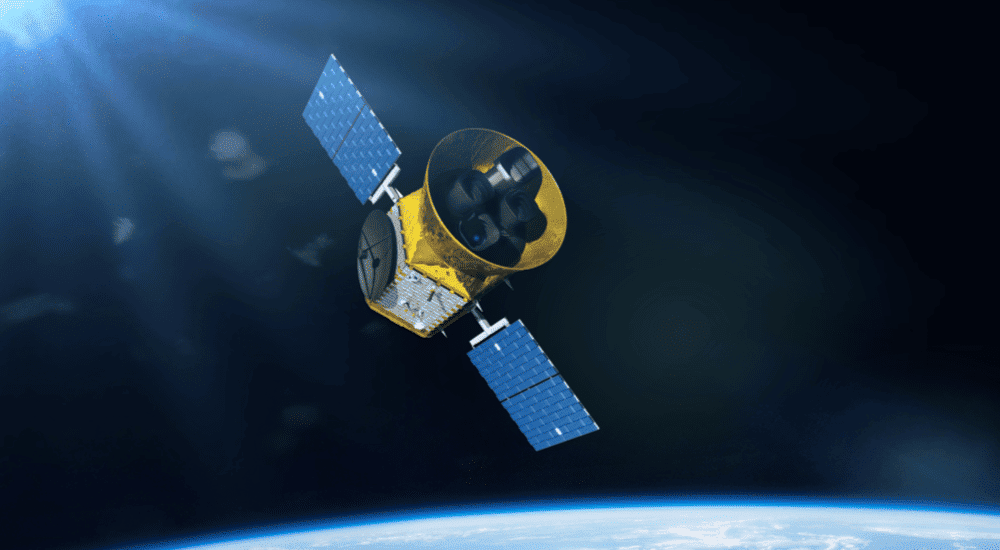 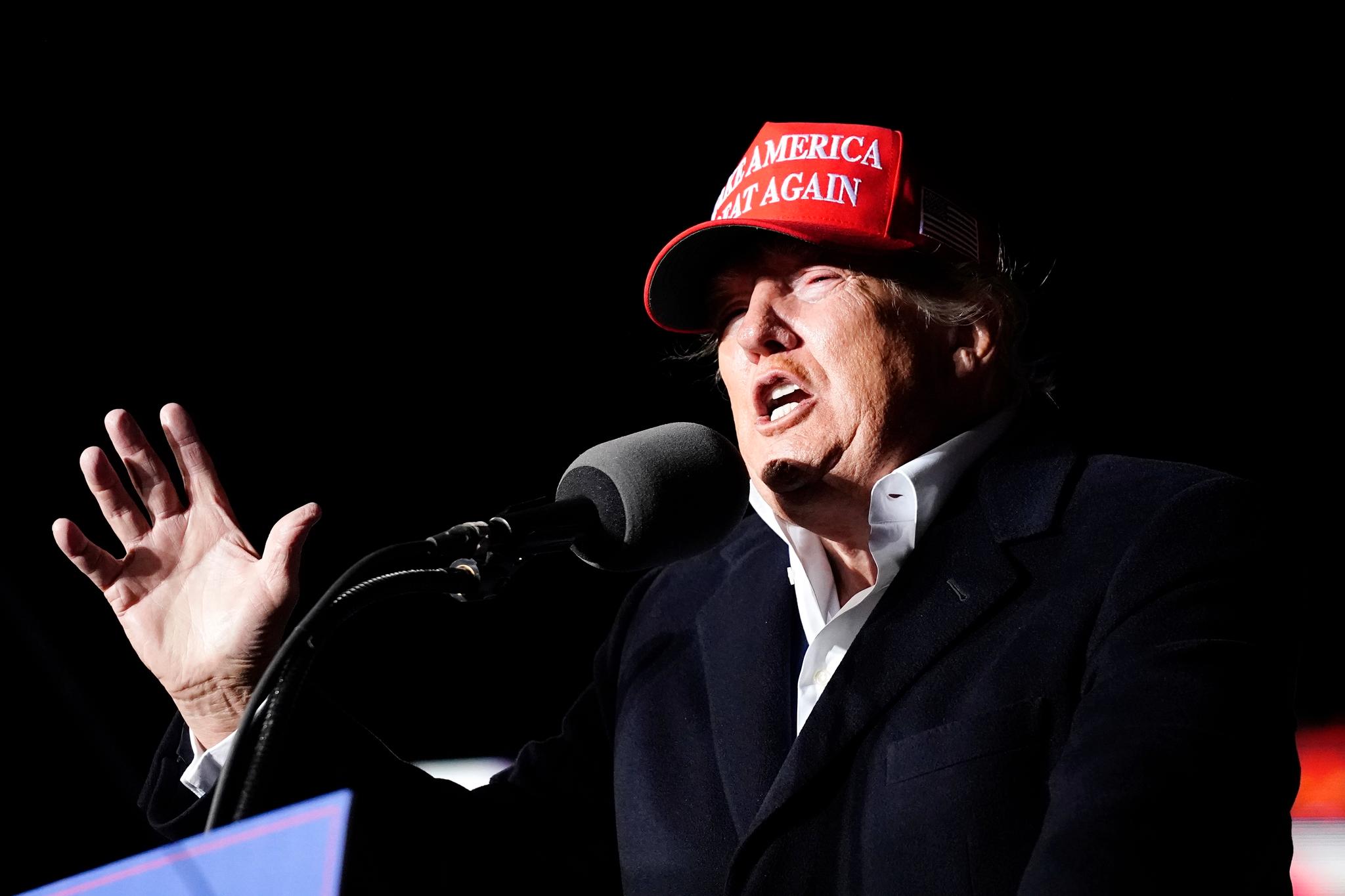 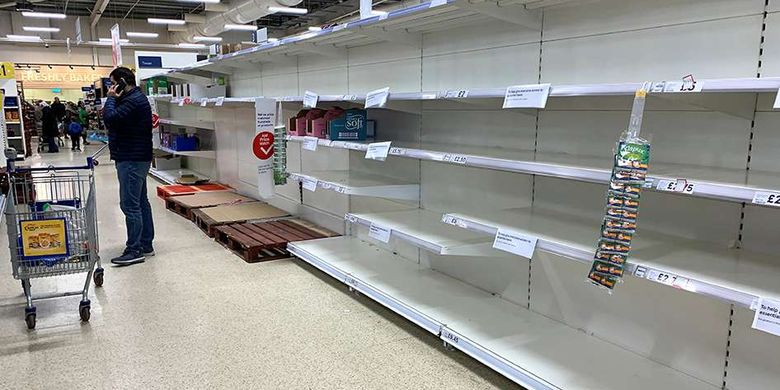 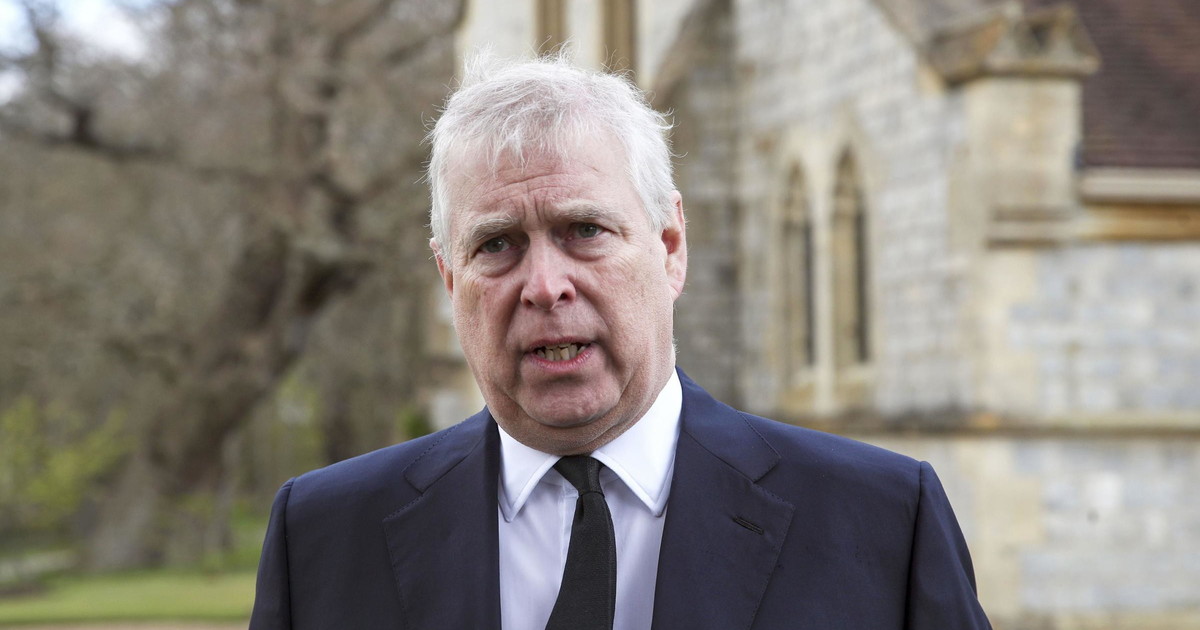 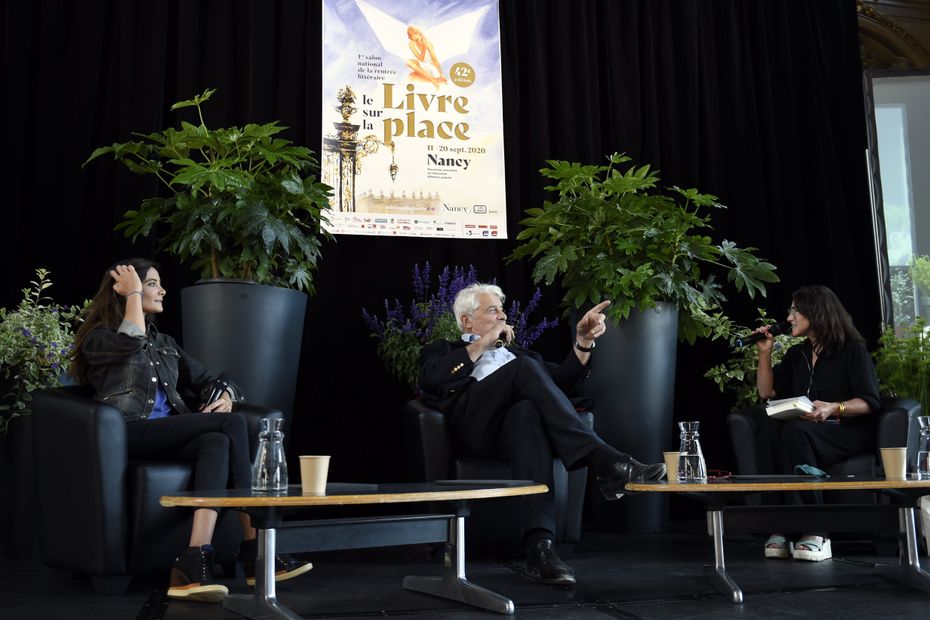 Sarah Polacci, new general curator of the Book on the Place 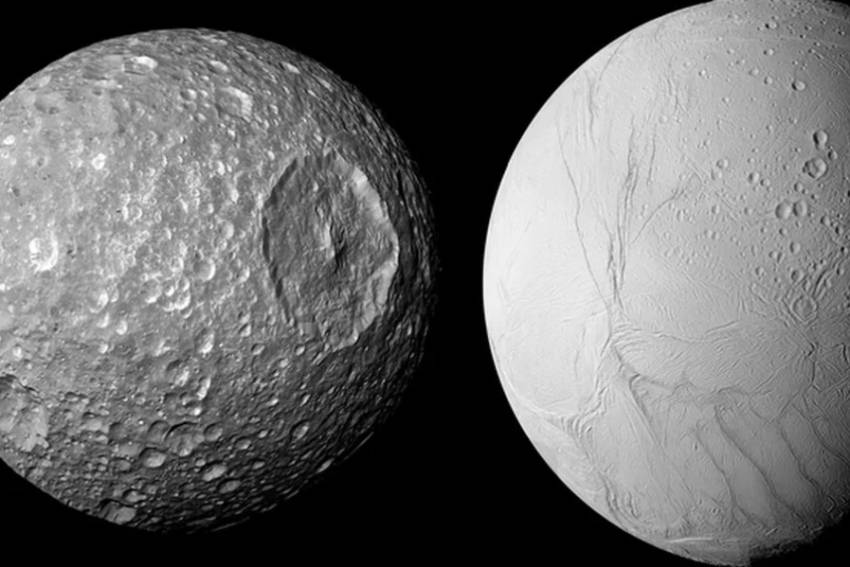 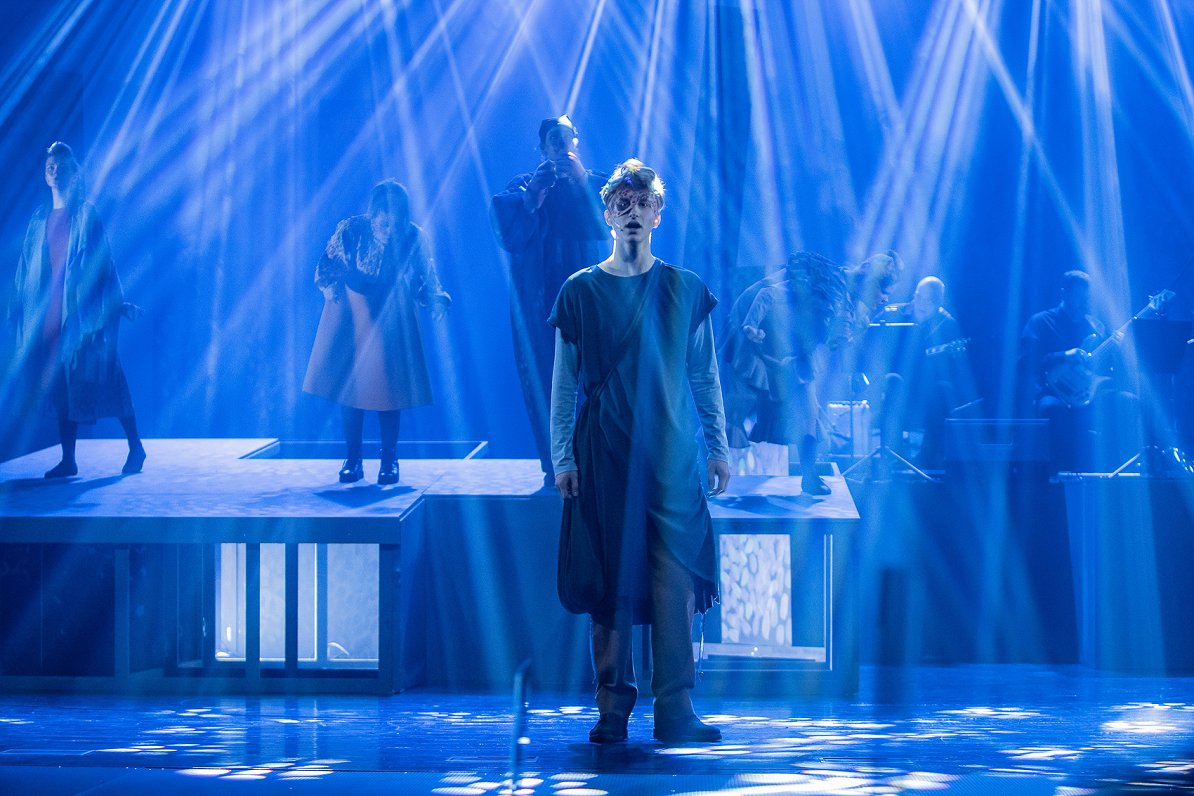