We have learned not to be surprised any more, if to perform that gesture, if to reach that remote result even for medical textbooks is Alex Zanardi.

From what he reported Federica Alemanno, neuropsychologist at the San Raffaele hospital in Milan, where the sample of handbike it was after the first emergency interventions transferred from Villa Beretta, Zanardi he “returned to communicate”.

The recovery of Zanardi: communicates with the family

The specialist told the Corriere della Sera and underlined the extent of these advances:

“It was a great emotion when he started communicating, nobody believed it. He was there! And he communicated with his family ”.

She too, Federica wax. And he shook the hand of Zanardi when he was awakening at the San Raffaele in Milan, a structure recently left for Padua to be closer to his family. TO Daniela, his wife, and his son Niccolò, who have always believed in his umpteenth phoenix rebirth. Against all odds, against all statistics.

Like maybe the doctor too Alemanno, who is only 36 years old but is already head of the Neuropsychology Service and professor at the Faculty of Psychology of the Vita e Salute University, and has a degree in neuroscience and a post-doctorate at the Department of Bioengineering at the University of California San Diego (Ucsd) – has already accumulated a great deal of experience in cutting-edge medical fields.

What is awake surgery?

In particular in the awake surgery, which he explains in his speech to Corriere is “awake surgery: a very particular technique that is done in very few centers in Italy and has the aim of guaranteeing the patient the best possible quality of life after an inevitable surgery”. A complex path that was perhaps also motivated by Federica’s personal experience with her father and which she wanted to tell in part.

Zanardi it is slowly and progressively recovering its vital functions. He recognizes loved ones and manages to express himself, to make himself understood. Today at Padova he is assisted to continue along this path of recovery.

Zanardi’s story: the accident on the track and then the one on the handbike

In 2001 he had managed to survive an accident during a frightening race, which forced him to have his legs amputated. He then went back to racing, in the car and on the handbike, with which he had then won four golds and two silvers at Paralympics.

After the lockdown he had decided to give a signal: to take part in a project and had started this relay race. On 19 June he was involved in a dramatic accident in Pienza right on handbike, hitting in full a truck that went along the opposite lane, bumping violently against the pedal boat of the driver.

The operations, repeated first in Siena and then in Milan, have saved and supported him in the recovery of sight and hearing and on a neurological level and from 21 November Zanardi he was transferred to the neurosurgery ward in Padua, a few kilometers from the family home. “Shakes hands on request. If they ask him to do ok, raise your thumb. Where is Daniela? And he just turns his head towards her “, the surprising results he had already achieved a few weeks ago and which were reported by Courier service. But perhaps even all this amazement cannot be said to be justified, when it comes to Alex and how much attachment to life he can teach. 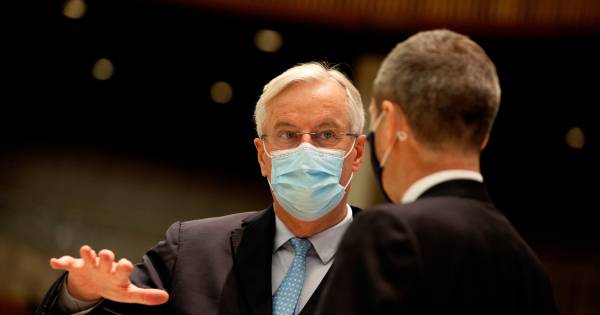