airBaltic will ask for government support if the situation does not improve in the spring, Gauss says

The second wave of the Covid-19 pandemic has turned out to be more severe than previously forecast, but the Latvian national airline “airBaltic“Additional help will be sought from the government only if the situation in aviation does not improve in the spring of next year,” CEO of airBaltic told LETA Martins Gauss.

“If activity starts to grow in the spring and returns to normal in the summer, we don’t think a second investment will be needed. At the same time, we see that a number of European airlines are already going to governments with a request for a second round of assistance. and it will have to be concluded that Covid-19 is not lost anywhere, then we will have to go to the government as well, “the head of airBaltic admitted.

He explained that in the summer, the state’s 250 million euros invested in airBaltic’s capital were mainly used to cover the fixed costs of the Covid-19 crisis, as well as to compensate some 700 redundant workers.

The head of airBaltic also noted that there will be no new redundancies until the spring and that the airline will continue to employ about 1,000 people. However, if the situation does not improve, further spending cuts will have to be considered.

Gauss said that currently airBaltic has more than 300 flights a week and carries about 10-15 thousand passengers. The airline’s revenue per week is between 1.1 and 1.5 million euros.

He informed that expenses not covered by flight income currently amount to 3.5-4 million euros per week.

“Like other airlines, we have high fixed costs. This is the situation in all aviation, because fixed costs for aircraft maintenance, staff salaries, leasing and other leases are higher than revenues. But at least we are not increasing our losses at the moment, When we can fly more, we will also reduce this share of “money-burning”. ” the host.

Gauss said that airBaltic plans to end this year in accordance with the business plan, which envisages a loss of 250-280 million euros. “If nothing unexpected happens and December is not worse than November, then it is possible. However, forecasts are still very difficult, because December is ahead and there are possible deviations from the plans,” he said.

At the same time, Gauss expressed hope that the effects of Covid-19 vaccination would be felt in the spring and that air transport would resume. “Most likely, we will not see much change in January and February, but in March and April it should be the case that more and more countries are starting to lift restrictions, which will mean that flights will automatically return,” predicted the head of airBaltic.

Due to the Covid-19 pandemic, the airBaltic Group’s turnover in the first half of this year decreased by 63.6% to 78.713 million euros, while the group’s losses increased almost seven times and amounted to 184.77 million euros. AirBaltic’s audited turnover last year was 503.281 million euros, which is 23.1% more than in 2018, but the company suffered a loss of 7.729 million euros compared to the profit a year earlier.

The Latvian state owns 96.14% of the voting rights in the capital of airBaltic, but the financial investor, Danish businessman Lars Tussen, owns Aircraft Leasing 1 – 3.86%.

Apple and Hyundai plan to have electric car partnership by March: daily 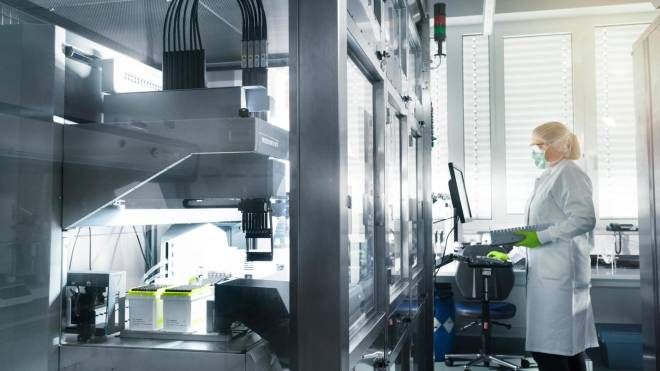 Covid, the creator of the Pfizer vaccine: “Normal from next winter” – Chronicle

Djokovic reiterates doubts about participating in the US Open: he did confirm his presence at Roland Garros | sports

Eure. A septuagenarian fatally hit by a heavy weight