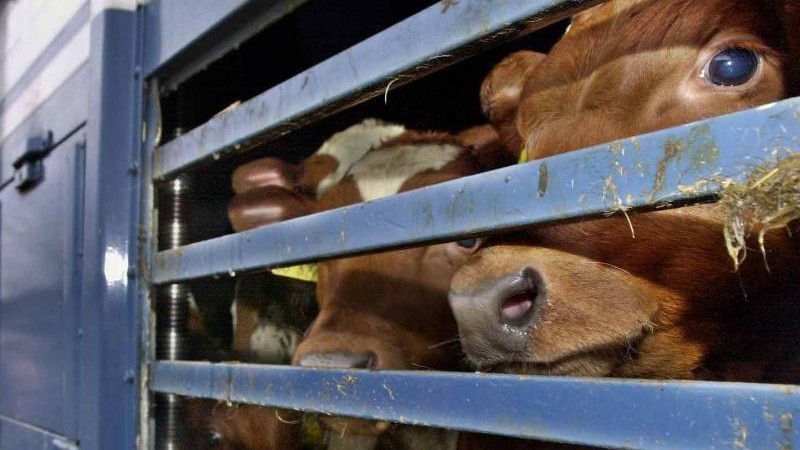 Potsdam (dpa / bb) – When exporting cattle to non-EU countries, Brandenburg has developed into a “loophole” for questionable transports, according to the German Animal Welfare Association. “Many animals come from other federal states for export to Brandenburg,” says specialist Frigga Wirths. On the several thousand kilometers long routes to Uzbekistan, Kazakhstan and Turkmenistan, for example, violations of animal welfare during transports, which according to the European Court of Justice also apply in third countries, are the order of the day.

According to the Brandenburg Ministry of Consumer Protection, around 24,800 cattle were exported from Brandenburg to non-EU countries in 2019, 650 fewer than in 2018, but still 3,100 more than in 2016. This is confirmed in the answer to a request from the Left Parliamentary member Marlen Block Ministry, there are indications that increasing transports should be processed via Brandenburg. However, information on this is not systematically recorded in the municipalities.

Veterinarian Wirths referred to a report by the Hessian animal welfare officer Madeleine Martin, who had made a trip along the animal transport route to Uzbekistan with veterinary experts from three federal states in the previous year. It was found that there were no unloading and supply stations at all over long stretches. Stopping points entered in the shipping documents did not exist. The transport took several days. After 29 hours at the latest, however, the animals would have to be unloaded and cared for for a 24-hour break.

In May 2019, the then Consumer Protection Minister Stefan Ludwig (Linke) admitted in the state parliament that there was an unclear data situation outside the EU. However, case law obliges the authorities to authorize the transport of animals.

Unlike Brandenburg, Hesse had already banned animal transports to 17 non-EU countries in early 2019, including Kazakhstan and Uzbekistan. There were similar bans in Bavaria and Schleswig-Holstein.

In March 2019, the state parliament passed a resolution against the suffering of animal transports. The Animal Transport Handbook should be binding for all veterinary authorities, and a decree should be reviewed after one year. In the federal government and the EU, Brandenburg should insist that fines be increased in the event of legal violations. Controls of animal transports to third countries are “to be intensified”.

The ministry’s answer to Block’s inquiry no longer mentions more intensive, but only “incident-related” checks by the technical supervisory authorities. Controlling of the transports to third countries is also planned for this year. The “plausibility check of the transport planning” should be the focus.

For the Left MP the answer is “totally inadequate”. The formulation of the event-related reviews is vague, said Block. It is also unclear what the plausibility check means and whether there were any technical supervisory controls at all.

Wirths assumes that a large part of the exported cattle ends up “very quickly” in slaughterhouses. The demand for beef is growing in third countries. “In Germany there is no market for the animals. Here the export is only used to cut down superfluous cattle,” she said.

The veterinary authorities would have a margin of discretion in authorizing problematic journeys. As in Bavaria and Hesse, you could interpret the regulations very strictly. Unfortunately, there are federal states that do not pay so much attention to animal welfare. “Why, for example, Brandenburg does not follow the example of Bavaria and Hesse is incomprehensible to me.”

FilGoal | News | A source in Zamalek in the Joule: All Mustafa Mohamed’s performances are “oral” .. stick to his survival

Valhalla will be even more than Odyssey

Paolo Maldini gives reassuring news about him and his son

CSKA coach was advised to “be a man” and resign: Football: Sports: Lenta.ru