After 34 years full of death threats by “sacrilege”: writer Salman Rushdie (75) on a ventilator and possibly lost an eye after stabbing 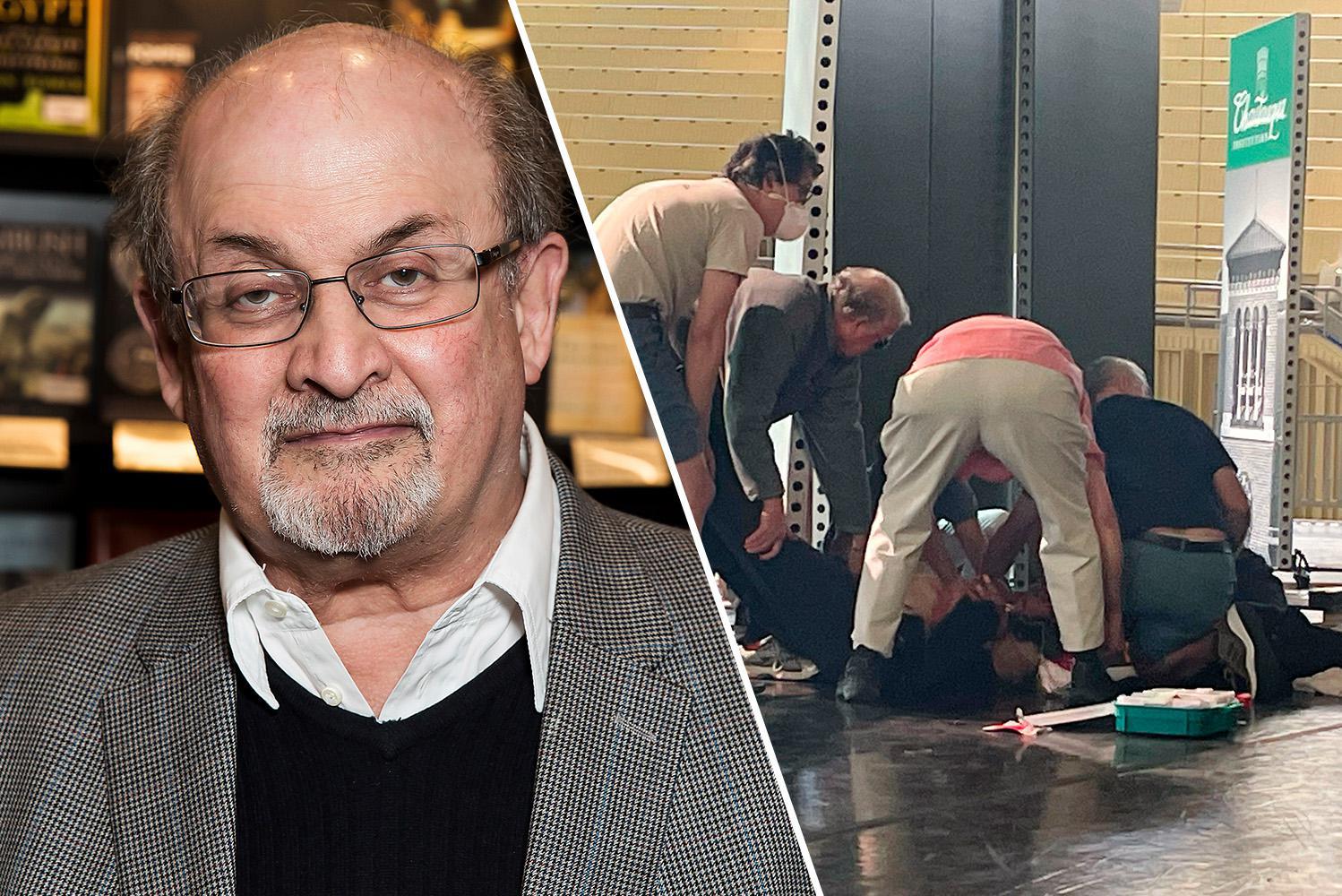 It was just before 11 a.m. when a man in a black robe entered the auditorium of the Chautauque Institute, where several hundred people were waiting to listen to a speech by Salman Rushdie. “He walked up to Rushdie very quickly,” eyewitnesses said. The man was armed with a knife and stabbed the British Indian writer, who also has American nationality, several times in the neck. According to eyewitnesses, Rushdie was stabbed 10 to 15 times. The interviewer who was introducing Rushdie got away with a minor head injury.

A group of people immediately gathered around the 75-year-old writer to help him. They held up his legs and talked to him. “He was lying in a pool of blood,” said Rita Landman, a doctor who sat in the audience helping. He said he was still alive and did not require resuscitation. “He’s got a heartbeat, he’s got a heartbeat, those people shouted to each other.” A helicopter took him to the hospital. He was operated on immediately and is now on a ventilator, says his literary agent Andrew Wylie. “The news is not good. Salman will probably lose an eye. The nerves in his arm have been severed. His liver was hit and damaged.” Rushdie is currently unable to speak, it is said.

The suspect was overpowered on the spot and was arrested. It concerns 24-year-old Hadi Matar from New Jersey. He bought a ticket for the event, which made it easy to get in. The motive is not yet clear, police officer James O’Callaghan emphasized. The police hopes to clarify this soon. But it wouldn’t surprise anyone if the attempt on Rushdie’s life had everything to do with The Satanic Verses, the Indian-born author’s 1988 book. It was his fourth novel, which would irrevocably change his life.

Overnight, Rushdie, who had already emigrated to England at the time, became a target. Fundamental Muslims did not like how in his book of the prophet Mohammed he made a man who succumbed to earthly pleasures. “Sacrilege,” they called it. It sparked violent protests worldwide. Nowhere has the book been met with more hatred than in Iran. in 1989, the furious leader Ayatollah Khomeini issued the fatwa on Rushdie. He was thus declared an outlaw. Whoever got rid of the writer would get $3 million for it. It led, among other things, to a bomb attack, which he survived.

The writer then lived in hiding for ten years, fearing the fatwa and the incessant stream of death threats. Even after Khomeini’s death, when Iran repealed the fatwa in 1998, Rushdie continued to receive police protection. He continued to publish books and win literary awards, but he did not appear in public without a bevy of security guards around him. That weighed on him, he said several times in interviews.

Fortunately, that has changed in recent years, after his move to New York City. He traveled freely again and gave lectures and speeches. That’s also what he would do at the Chautauqua Institute. Rushdie would talk about the importance of freedom and creative expression, but also about the importance of the United States hosting exiled writers and artists.

But he didn’t get around to that: after decades of death threats, someone finally got hold of him. It led to sad and shocked reactions in the literary world and in politics. “This is an attack on freedom of expression and thought,” said US Senator Chuck Schumer. Fellow authors talked about “horror” and “immeasurable sadness”. “We pray for you, Salman.”