A weather analyst predicts cloudy weather and rain in these areas! .. and reveals the expected weather during the school holidays • Al Marsad newspaper 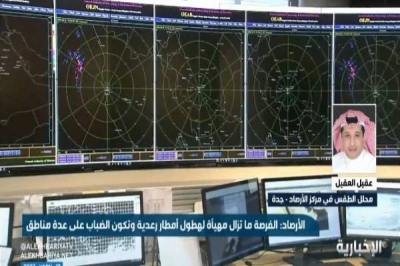 Al-Marsad Newspaper: Aqil Al-Aqeel, a meteorological analyst at the Meteorological Center, revealed the expected weather conditions for Riyadh and most of the regions of the Kingdom.

Al-Aqeel said, during a telephone interview with Al-Ikhbariya channel, “We do not expect rain in Riyadh, and the weather could be cloudy to partly cloudy whenever we head north, northeast and between Riyadh and the eastern region. “

He specified: “These areas predict that the weather will be cloudy to partly cloudy, and it is not excluded that rain will fall, especially in the eastern region, and whenever we head to the northeast of the Kingdom, the Al- In the region of Jawf and in the borders, particularly in the northern and eastern parts of these areas, the chance of rain will continue, light to moderate at times.”

He continued, “The rain tends to be light to medium, but one of the good news is that we will be getting another weather condition later this month.”

And he continued: “During the next academic holidays the weather will be splendid and rainy in many regions of the Kingdom, especially the northern, eastern and central ones”.

movie | Meteorology: Despite the cloudy weather in Riyadh, we do not expect rain today… and we inform you that during the school holidays the weather will be wonderful and rainy#news pic.twitter.com/LcDEGKzT0g