A significant theme of the campaign in Germany was the climate. The day before the election, some parties attracted the undecided – ČT24 – Czech Television

Just hours before the start of the German elections, a massive demonstration took place in Berlin, led by a climate movement icon, Greta Thunberg. For the protesters, the current elections are the driving force behind the global fight against climate change.

The incumbent leader Angela Merkel began her career as Minister of the Environment. She was photographed at the melting glaciers, she was called the climatic chancellor. But during her reign, emissions even rose for a time – when she decided to shut down nuclear power plants. The outage was replaced by coal.

Almost all German parties now promise voters that Europe’s largest economy will be driven mainly by sun and wind by the middle of the century. “Many voters want a radical change in climate policy. But then they are intimidated when they have to pay a higher price for energy, “estimates political scientist Frank Brettschneider.

This may be a chance for an Alternative for Germany. The only parliamentary party that rejects a strong climate policy no less strongly. “What are the real problems of the people? It is not a climate apocalypse, a climate crisis. It’s a declining standard of living, inflation, “said AfD election leader Tino Chrupalla.

The other side also intensifies the fight. Both rivals for the Chancellor’s seat, Olaf Scholz and Armin Laschet, promise that Germany will accelerate significantly towards zero emissions after the election. However, they leave the details of this route open.

As many as forty percent don’t know yet

Although the parties formally ended their election campaigns on Friday, they continued agitation on Saturday. There are unusually undecided undecided, according to surveys, up to forty percent of the 60.4 million eligible voters.

Laschet, whose CDU / CSU is facing criticism for insufficient climate plans, has promised faster deployment of renewable energy sources. “We are too slow in Germany,” he said on Saturday, adding that if the goal is to maintain a global warming value of no more than 1.5 degrees Celsius compared to the pre-industrial period, efforts must step up and act faster. The signatories of the Paris Climate Agreement of 2015, including Germany, want to get as close as possible to 1.5 degrees.

On Saturday, Scholz met with voters in Potsdam, where he lives and is running for office. He called on voters to vote for the Social Democracy (SPD) to become a strong enough party. According to surveys, the SPD is just ahead of the CDU / CSU, but neither side’s victory may be secured by the Chancellor. It will be decided by the post-election coalition negotiations. Scholz reiterated that he wished to form a government with the Greens, whose favor the CDU / CSU would certainly seek.

Scholz promised that if he formed a government, he would invite only those personalities he knew well as ministers. He added that his cabinet would be balanced in terms of the number of men and women.

Recent polls suggest Angela Merkel’s party is withdrawing the Social Democrats’ lead in recent days. Friday’s survey by the Allensbach Institute is the most telling in this regard. According to him, the CDU / CSU is losing only a percentage point. The survey estimates a profit of twenty-six percent for the SPD and twenty-five for the Conservatives. According to him, the Greens would be third with sixteen percent, the fourth liberal FDP with ten and a half percent, and the fifth far-right AfD with ten.

Friday’s Forsa poll gives the Social Democrats a slightly bigger lead. According to him, they would get twenty-five percent of the vote, conservatives three percentage points less. The order and gains of votes of other parties in this survey are similar to the previous one. In any case, it seems that the fight for the Chancellor’s seat will be very close. 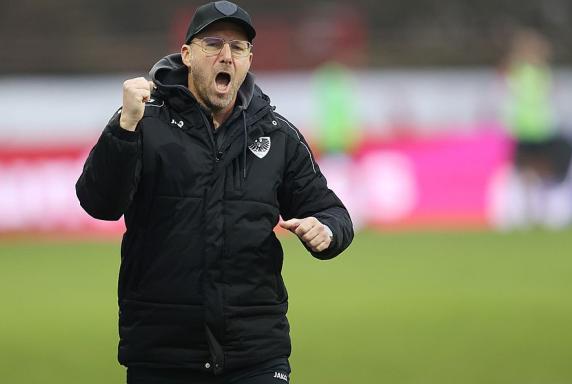