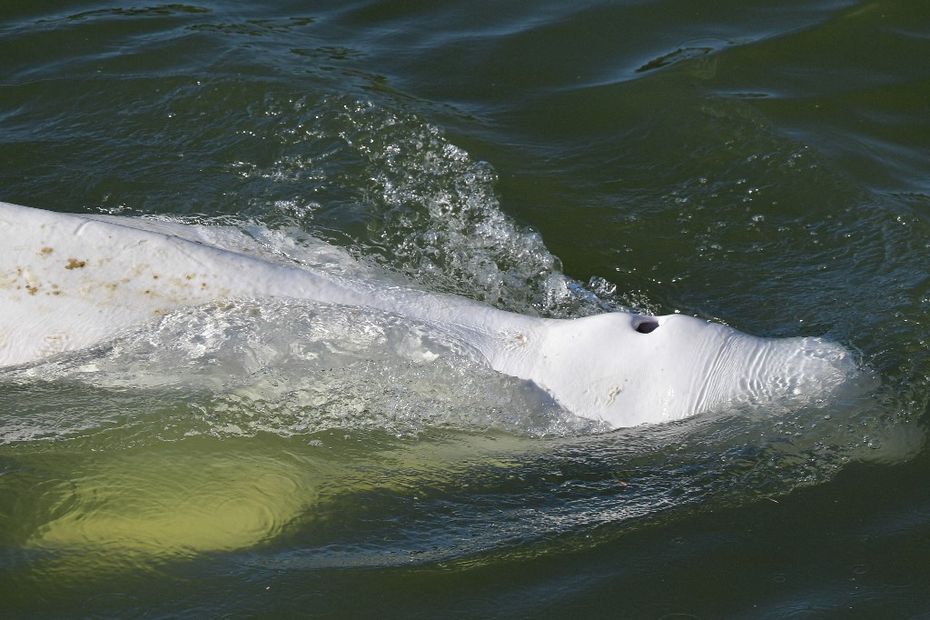 Five days after being discovered in the Seine, the beluga, which usually lives in cold waters, still did not feed on Sunday and showed signs of illness, leaving “little hope” for a happy outcome.

Since Friday evening, the beluga has been isolated in a lock of about 125 m by 25 m and blocked from navigation, 70 km northwest of Paris. He goes there and back, and long apneas, a sign that he remains toned and that his lung capacity is good.

But, until now, the four-meter cetacean spotted Tuesday in the Seine and whose presence in this river is exceptional, refuses to feed. The vets gave him vitamins to whet his appetite.

If the beluga adopts “calm demeanor” in this basin of the lock of the Garenne where he entered by himself, “He is very thin and has skin changes due to his presence in fresh water”, notes the prefecture of Eure. Several attempts to feed it have been unsuccessful: herring, trout and even squid…

According to Sea Shepherd, this lack of nutrition is nothing new. “His lack of appetite is surely a symptom of something else, an origin that we do not know, an illness. He is undernourished and it dates back several weeks, even several months. At sea, he no longer ate “explained Ms. Essemlali.

To this question, Lamya Essemlali, head of Sea Shepherd France and present on the scene, believes that “The Le Havre estuary, we are in an area which is very polluted in terms of noise. There is intense maritime traffic. There is the construction of a wind farm which started a short time ago. These sites are extremely noisy. This is a hypothesis that will have to be confirmed. We must investigate to find out what is going on.”.

Asked about the chances of saving the animal, Lamya Essemlali, said experts and authorities were faced with “a challenge”Where there is “little hope”and to evoke “a race against time”.

If the beluga manages to eat and regains its strength, it will then be guided or transported to the sea, 160 km from the lock. “We are all dubious about his ability to reach the sea by his own means. Even if we ‘drove’ him with a boat, it would be extremely dangerous, if not impossible”, she confided. In addition, “Lately he has tended to go to Paris. It would be a disaster if he got there”said Ms. Essemlali.

In any case, it does not seem viable to leave it in the lock where the water is stagnant and warm. “He must be out in the next 24/48 hours”explained the head of Sea Shepherd.