Turn.
A well-known athlete in the Olpe district has his birthday on Thursday. Soccer referee Detlef Scheppe is 53 years old.

To list Scheppe’s entire career in a nutshell would go beyond the scope. Here are a few key points: From 1998 to 2014, the native of Altenhofer was assistant referee in 251 games in the Bundesliga. From 1998 to 2006 he directed 58 second division games. From 2006 to 2013 Detlef Scheppe was a FIFA / UEFA assistant referee all over the world. We spoke to Detlef Scheppe about his unparalleled career.

Mr. Scheppe! We wish you a happy birthday.

Detlef Scheppe: Thank you very much for your congratulations, I am very happy.

Why and how did you become a referee in the first place?

The how and why is easy to tell: In 1982, my father convinced me that it would be a good thing if I signed up for the trainee course, because, from his own experience, refereeing is a great and responsible task and is good for personal development , and the chances would be better to achieve more or at least have fewer injuries than with an active footballing career. After the successful candidate examination, my father organized the first game management of a C-youth game for the next weekend.

The career went on and on. At some point you ended up in professional football. How did you feel when you were on the pitch for the first time as a referee in a second division game in 1998?

The nomination as referee for a next higher class is known weeks in advance, so with the first game scheduled you realized that you have now landed in professional football. In the run-up to the game, my thoughts were more about how to prepare mentally and physically, how to deal with the anticipated tension, respect for the new challenge, the new environment, the increased public awareness. Is everything going well, are you optimally prepared for the new league? The positive feelings such as joy and pride about what had been achieved, the successful premiere, what and who contributed everything, only really emerged after the game.

Between 2006 and 2013 you played for international matches, tournaments, in foreign leagues and European cup matches all over the world. Which games were the highlight of your career for you personally?

There are many highlights that I was able to experience internationally, my 4 games as a referee in the Korean K-League in 2002, assignments as an assistant at international matches in Italy, Israel, Finland, Sweden, Switzerland, Portugal, Ireland, Northern Ireland, Iceland. Games in the Champions League and Europa League, here with two appearances in quarter-finals. Football has brought me to almost every country in Europe, and also to more remote regions such as Saudi Arabia, Qatar, Korea, Tunisia, Russia, Belarus and Georgia.

Which game or which event is the highlight of your career for you?

I find it difficult to name a total of 32 years of refereeing in a single highlight. There have been too many great, formative, emotional and groundbreaking experiences over the years, all the promotions, getting to know personalities, new cultures, several memorable playoffs, DFB Cup semi-finals and finals in the League Cup and Super Cup . Looking back, I see this long time as a referee and competitive athlete successfully at the highest level as a highlight. There was no question that there were some games with a very special status. In national football there is nothing more than the DFB Cup final. I had this honor in 2010 as an assistant in the Werder Bremen game against Bayern Munich. Internationally without a doubt France against Brazil in the Stade de France, Switzerland against Italy, Naples – Liverpool as well as the 100th international match of Cristiano Ronaldo.

Which player and which coach impressed you the most?

Were there any games that you would like to delete from your memory?

Is there. First matchday in the 2013/2014 season: Hoffenheim against Nuremberg. There are other games where not everything went smoothly, but this game with this one wrong decision in my last year that made such media impact was really bitter.

In 2014 you hung up your pipe and flag. Are you still in contact with your former comrades?

Yes, contact with some alumni has never been lost, but is currently only possible via social media. As soon as it is possible again, we will see each other again regularly.

The most drastic change since you left is the introduction of video evidence (VAR). Hand on heart! Would you like to be active in times of video referees or was it nicer in the past?

At that time we could not rely on the technical aids such as VAR, calibrated offside lines or goal-line technology, but at the time we had significantly more areas of responsibility and responsibilities when assessing active and passive offside. In the case of offenses inside or outside the penalty area, the ball has completely crossed the goal line, what support does the referee need in the case of offenses in the penalty area or outside his field of vision. At the time, we only had a single second or millisecond to grasp the situation and make our decisions. Right or wrong, hop or great. Today, the majority of these decisions are ultimately backed up by technology and are therefore also of enormous help for the assistants. From my point of view, today’s assistant work has become more relaxed than it used to be since the introduction of technical aids. Everything in its time, the technology was not ready in our time, so the question did not arise. But at one point or another it would have been nice to have a video joker in the Cologne basement.

At the end, back to current events in domestic football. Do you think that the current season will somehow be going well and what should have been done differently on the part of the association?

I am unable to judge whether and when it will continue, as a prognosis and thus reliable planning with regard to a further tightening or possible relaxation of the existing Covid measures is currently difficult. At the moment it doesn’t look like relaxation for the next few weeks. But I am in good spirits that the associations, officials and people involved have so far acted to the best of their knowledge and belief, and that they will do so in connection with a future resumption of training and matches. Everyone stay healthy and get through the next few weeks safely and well.

About the person: Detlef Scheppe 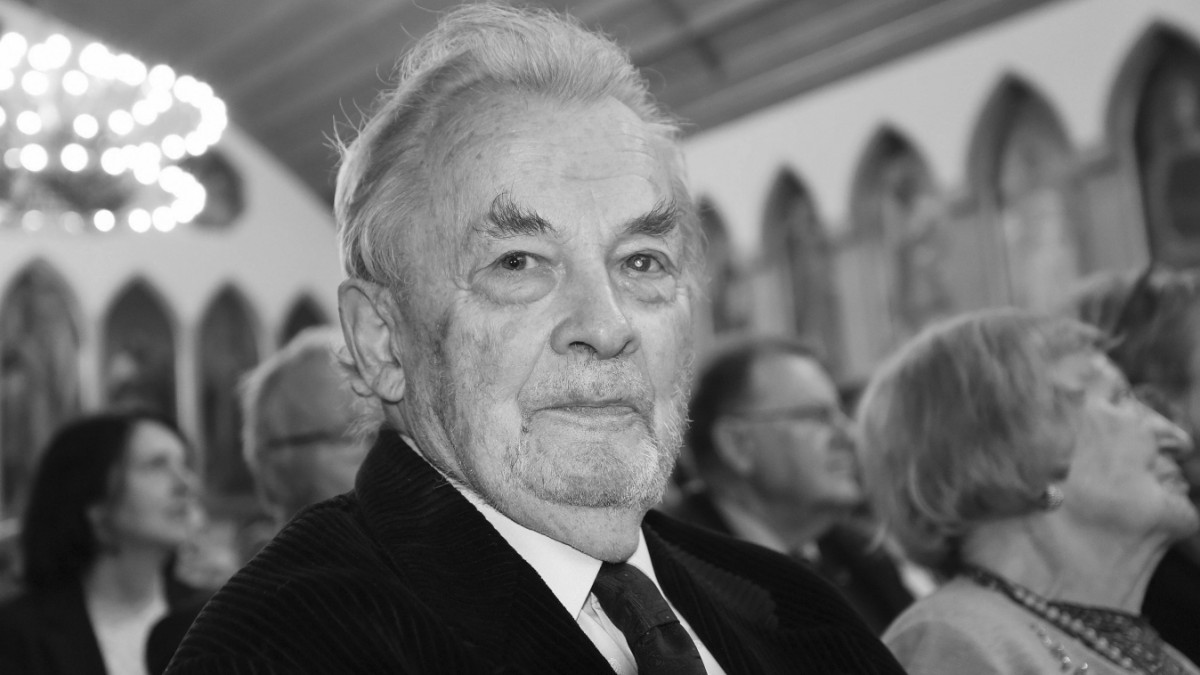 On the death of Walther Tröger: A life in the service of sport – sport

Global health expert: Millions are at risk due to Corona

Education: New branch of education at Borg in Hagenberg