A burst of gravitational waves detected in the direction of Betelgeuse 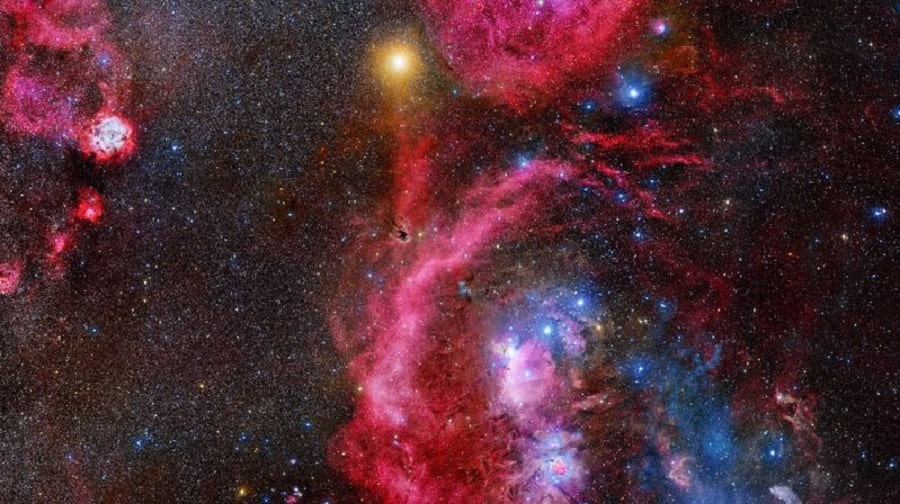 Gravitational waves are vibrations of space-time caused by some of the most chaotic events in the cosmos, such as the fusion of stars at neutronwelded black holes. In some cases, a gravitational wave peak, called a burst, can be detected without identifying its source. On January 14, the LIGO interferometer detected one of these bursts of waves originating from the region hosting Betelgeuse (Alpha Orionis). In recent times, the star, which will eventually explode in a supernova, has shown significant variations in luminosity and has led some astrophysicists to wonder if the two phenomena were not related.

Betelgeuse is a red supergiant star in the constellation Orion. She left the main sequence about a million years ago and is a red supergiant for about 40,000 years. Recently, her luminosity has dimmed, which has sparked all kinds of speculation that she may be preparing to become a supernova. Astrophysicists, however, quickly overturned this hypothesis.

Jump in gravitational waves: a link with Betelgeuse?

Christopher Berry is an astrophysicist who studies gravitational waves at the Northwestern University Center for Interdisciplinary Exploration and Research in Astrophysics. He discussed the subject on Twitter:

New gravitational-wave candidate?https://t.co/AOqqdpeiWi# S20014 was found by an unmodelled burst search, I’m always skeptical of these, as they are easily confused with glitches
False alarm rate: 1 per 25 yr
Rating: 🧙‍♂️😐 pic.twitter.com/JuopetwKjq

” A new candidate for gravitational waves? Similar signals were identified in a search for non-modeled burst radio waves. I am still skeptical about this because they are easily confused with spurious signals. False alarm rate: 1 every 25 years Wrote Berry in his tweet.

Andy Howell of the Las Cumbres Observatory studies supernovas and dark energy, and also spoke on the subject:

For the record, I do know that it can take hours for the shock to reach the surface. I didn’t point that out initially because I didn’t want people staying up all night to watch Betelgeuse. I was mostly joking (but I did walk outside because I couldn’t resist).

Because honestly Betelgeuse blowing up would be far more exciting than winning the lottery. Lottery winners happen every day. It has been 400 years since humans have seen a supernova in our galaxy, and I’m one of the best prepared people on the planet for it.

On the same subject : Betelgeuse would it be at the end of its life?

A star with well understood dynamics and evolution

Betelgeuse has therefore not transformed into a supernova, and this burst of gravitational waves certainly has nothing to do with the star itself. It may even be a detection anomaly, as Berry suggests. In all cases, the light variations of Betelgeuse are well understood and indicate no threat.

Located at 700 light years from Earth, the supernova explosion of the star in 40,000 years will offer an incredible spectacle for observers, but will not pose any threat to our planet. Current models indeed suggest that, during its explosion, only weak fluxes of gamma rays will be emitted.

The iPad Pro may come with a mini LED display as early as 2020. These screens have the...
Read more
Technology

What Xbox games are you allowed to download this month? We'll tell you. Almost a month has passed when the announcement of the new free...
Read more
Technology

The youngest son Konrad Adenauer, Georg Adenauer, is dead. He died on the weekend at the age of 88. He was the last child...
Read more

Vitamins, essential fats, energy, proteins and minerals: All of this provides a balanced and healthy diet.The nutrients regulate how...
Read more