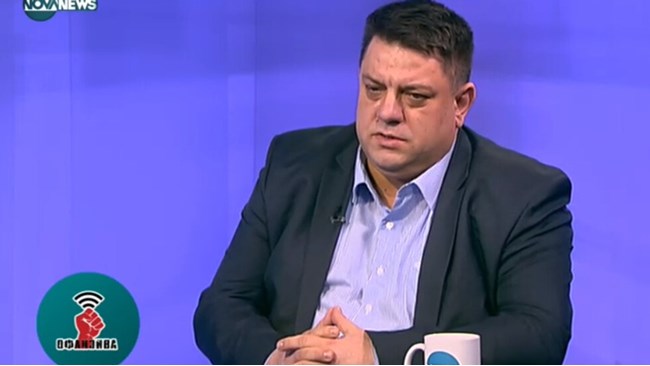 Difficult to express his opinion on Russian President Vladimir Putin after he invaded Ukraine examined the BSP MP and head of the parliamentary committee on defense Atanas Zafirov.

He has been asked several times to comment on Putin in an interview with Nova TV’s morning show. “Let me not express my opinion, I still represent an institution,” the MP of the presenters Viktor Nikolaev and Mira Ivanova initially prayed. Asked several more times, the BSP MP tried to get away with answers to the Bulgarian national interest, which was not to take sides.

“The BSP has always pursued a peaceful policy and believes that negotiations are the best way to resolve the conflict. Love for Russia should in no way interfere with interpretations of the situation. But it is important to keep in mind that in Bulgaria there are different opinions and assessments and we can’t help but take this into account, “Zafirov said when asked if the Socialist Party is trying not to lose Russophile voters and therefore does not take a firm stand.

“It is a matter of assessing how well these sanctions work. We also take into account the effect on the Bulgarian economy. All years of sanctions have had almost no effect, but now we are visibly in a new situation. But they have the opposite effect. “Bulgaria needs to think about its own interests and its own nutrition. The most dangerous scenario for Bulgaria is a long war involving additional crises. God forbid it escalates into a nuclear conflict or a nuclear accident,” he said in response to why the BSP did not supports tough sanctions against Moscow.

However, Zafirov has repeatedly called Russia’s actions against Ukraine aggression and war.

“We are witnessing aggression that must be severely condemned. Everyone is participating in these events according to their own abilities. We see war, we see people dying and this is absolutely unacceptable,” Zafirov said.

“It’s all a matter of assessing the situation. So far we have an assessment that there is no military threat to Bulgaria. There are allied forces in Bulgaria anyway. The Bulgarian battalion group has been transferred to NATO and our armed forces are on track to fulfill their commitments. Defense of the country, despite the identified deficits. Military assistance to Ukraine can be in various aspects – to treat the wounded, for example, but direct involvement in technology means taking a country that can have serious consequences, “he said. to reconsider their position against providing assistance to Ukraine with products of Bulgarian arms factories.

There is a war in Ukraine, but I am not the person who can say whether there are war crimes, said the BSP MP.