51 migrants dead in a truck in Texas, Biden calls for the fight against “smugglers” 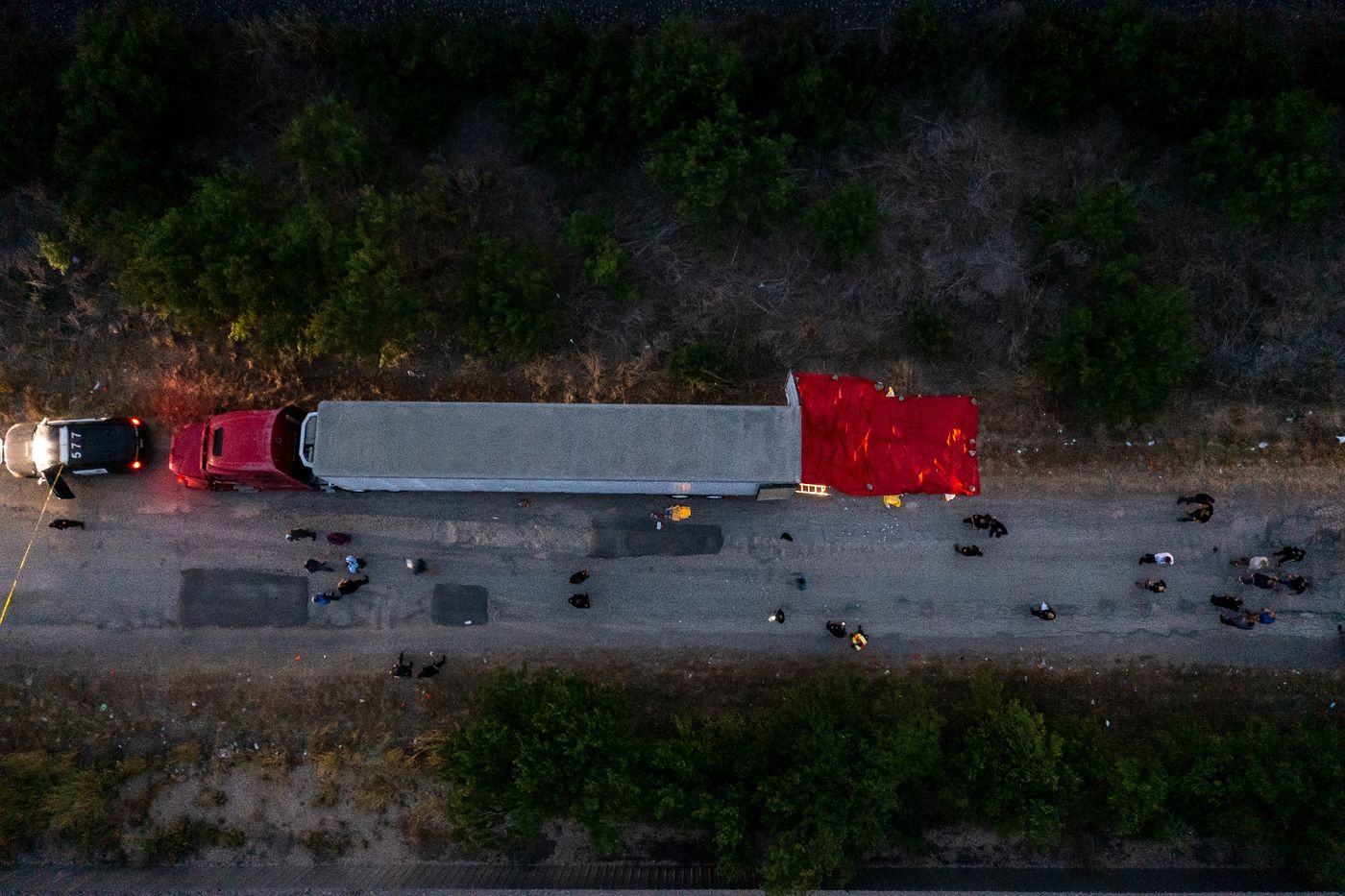 More than 50 migrants, from Mexico or Central America, died in an overheated truck in Texas, a tragedy attributed Tuesday by President Joe Biden to “smugglers” motivated solely by the lure of profit.

Despite the magnitude of the drama, one of the worst in American history, his opposition was quick to attribute him some responsibility, accusing him of laxity at the border.

The gruesome discovery dates back to Monday night, when a San Antonio city worker heard a call for help near a road where he was working, and cracked open the truck’s back door.

Rescuers first released 46 corpses and sixteen “conscious” people, including four minors, who were transferred to nearby hospitals, according to fire chief Charles Hood.

Corpses of migrants found in a truck in Texas / AFP

After a day marked by temperatures close to 40 degrees, “the patients were hot to the touch, they suffered from heat stroke, exhaustion”, he explained during the night.

The death toll rose to 51 on Tuesday, 39 men and 12 women, local authorities said at a press conference.

The identification process is ongoing and should take several days. Among those hospitalized is a teenager in critical condition, they added.

According to the first elements of the investigation, “this tragedy was caused by smugglers or traffickers” who “exploit” migrants “without respect for their lives”, commented his American counterpart in a press release.

Joe Biden called for strengthening the fight against “a multi-billion dollar criminal industry” and stressed that 2,400 arrests have been made since the launch, three months ago, of a joint action between the United States and other countries in the region.

Police and rescuers at the site where migrants were found dead in a truck, June 28, 2022 in San Antonio, Texas / AFP

“These deaths are to be attributed to Biden. They are the result of his deadly policy of opening the borders”, immediately attacked the Republican Governor of Texas Greg Abbott.

“Human traffickers exploit our open borders and the most vulnerable pay with their lives,” said Texas Senator Ted Cruz.

Slowed during the pandemic, migrant arrivals increased sharply after the election of Joe Biden and the city of San Antonio, located 240 km from the border, is an important stopover before continuing the journey to the north of the United States .

The city’s mayor, Ron Nirenberg, lamented “a horrible tragedy” and hoped that those responsible “will be prosecuted”.

Three people were arrested, according to the police chief. But “we don’t know if they are related to this or not,” said William McManus.

Aerial view of the truck in which migrants were found dead in San Antonio, June 27, 2022 in Texas / Getty/AFP

A federal investigation has been opened for “suspicion of human trafficking”, announced the Department of Homeland Security.

Border guards are taking part in the investigations, said their chief Chris Magnus, for whom the tragedy illustrates “the despair of migrants ready to put their lives in the hands of insensitive smugglers”.

Some 60 firefighters have been mobilized to take care of the remains and will receive psychological support, said their chief.

Trucks such as the one found in San Antonio are a means of transport frequently used by migrants wishing to enter the United States. Such a trip is extremely dangerous, especially since these vehicles are rarely air-conditioned and their occupants quickly run out of water.

On June 14, border guards discovered around 80 migrants hiding in the back of a truck during a routine inspection near the border town of Laredo.

In July 2017, a similar tragedy had marked the spirits: ten migrants had died in an overheated trailer parked in a supermarket parking lot near San Antonio. The driver of the truck had been sentenced to life imprisonment.

A fire engine near the site where migrants were found dead in a truck on June 27, 2022 in San Antonio, Texas / AFP

Pope Francis expressed Tuesday his “pain” for this “tragedy”, which he compared to that of the Spanish enclave of Melilla in Morocco, where at least 23 migrants perished on Friday.

The UN said it was “deeply troubled”. It “illustrates once again the crucial need for safe legal channels for migration” declared from Geneva a spokesperson for the Office of the High Commissioner for Human Rights, Ravina Shamdasani.