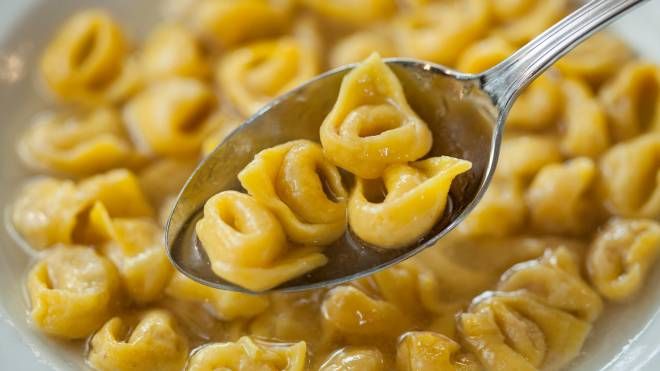 Bologna, 21 October 2020 – Three out of four winners in the different categories of best restaurants in Italy, as well as a very long series of flattering placings and special mentions: once again, in the kitchenEmilia Romagna confirms itself as the region to beat. To say it is the 2021 edition of the 50 Top Italy, the online guide to the best clubs in the peninsula, divided by price e type of catering: menus over 120 Euros, menus up to 120 €, trattorias / taverns and ‘low cost’ destinations.

The four distinct rankings, each made up of 50 clubs, were unveiled on Tuesday evening in live streaming, with a breathtaking countdown that recorded the boom in views on social media. The four brands positioned at the top of the respective bands are: the Modena area Osteria Francescana, the chef Massimo Bottura (3 places Michelin); daGorini, a San Piero in Bagno (FC), led by Gianluca Gorini (1 Michelin star); Antica Osteria del Mirasole, a San Giovanni in Persiceto (BO), di Franco Cimini; and Panificio Bonci, in Rome, by Gabriele Bonci.

There is no match in the ranking of the 50 restaurants a higher budget: the multi-starred Massimo Bottura, in addition to firmly confirming itself at the top, it also won the coveted award for the ‘dish of the year’ 2021.We Are All Connected Under One Roof‘(from English,’ we are all under one roof ‘) – ravioli, smoked pork belly, Goro clams and New England clam chowder – is considered by the guide “a cultural legacy, an impulse to interracial brotherhood”. In the same ranking (restaurants over 120 euros), it grabs the 44th place Inkiostro, a modern restaurant just outside the historic center of Parma. At the helm, the chef Terry Giacomello, defined by the guide as “exponent of the culinary avant-garde in Italy”.

The second category is full of emiliano-romagnoli, that of activities with menus up to 120 euros: first in the standings (+ 8 positions compared to last year) is the 37 year old Gianluca Gorini, chef and owner of DaGorini a San Piero in Bagno (1 Michelin star). Not only that: the guide also crowns Gorini as ‘chef of the year’ 2021, calling him “the chef to entrust one of the witnesses of future Italian cuisine”. Excellent placings also for the other clubs in the region: two from Rimini, both starred, in fact conquer the 14th and 17th place. It is about Abocar Due cucine, in the heart of the historic center, e Guido of Miramare, of the brothers Gianluca and Giampaolo Raschi. In 18th place, The arcades from Bologna; at the 29th, Marconi of Sasso Marconi (Bo), led by the chef Aurora Mazzucchelli (Michelin star since 2008) and by his brother Massimo, sommelier. On the 44th, theAncient Pallavicina Court of Polesine Parmense (PR).

Nourished the ranks of Bolognese in the category dedicated to trattorias / taverns: in first place, wins the‘Ancient tavern of Mirasole of San Giovanni in Persiceto (Bo), led by the chef Franco Cimini. Motivation: “he pampers you with his dishes and flatters you with the excellent quality of his raw materials”. Not surprisingly, the tavern was also awarded a special prize for the enhancement of the territory, for having been able to propose “a slice of food culture”. Just out of the top ten, in 11th place, that’s it Irina trattoria in Savigno (Bo). The restaurant follows at the 29th To the change (whose restaurant manager, Piero Pompili, is mentioned as ‘manager of the year’ for catering) and, at the 35th, At the osteria bottega – both from Bologna. Finally, in 36th position appears the Hunter’s Tavern of Castiglione dei Pepoli.

Two from Emilia-Romagna could not be missing even in the category of low-budget venues: the Rimini ‘Nude and Crude‘, piadineria at zero km a few steps from the Tiberius bridge, in 14th position, and the Bolognese Portici-Due Torri Workshop, at the 20th.

“The strength of our land, of its excellent products and of great restaurateurs and chefs who, even in this difficult year, did not give up and continued to offer cuisine of extraordinary value – comments the president of the Region. Stefano Bonaccini – A confirmation for a territory, the Food Valley, which has made the quality of agri-food production and the food and wine offer one of its strengths and an element of attractiveness and competition at an international level. My congratulations to the winners for an award which is also a recognition of the desire to do and commit of the whole regional community “.

Now in its second edition, The Best Italian Restaurants 2021 is an online guide that collects the evaluations of 150 inspectors, critics and food and wine experts, journalists who, anonymously, visit the premises, judging them in total autonomy.

La Jornada – Due to Covid-19, Panamanian artists bring their art to the communities

Head of the EU Delegation to Turkey Berger, Turkey evaluated the discovery of natural gas reserves

Chris Hemsworth surprises and takes aim against Marvel before “Thor: Love and Thunder”

CORONAVIRUS IN THE WORLD. More and more infections occur in Poland’s neighbors. Records in the Czech Republic, Germany, Ukraine and Hungary