KOMPAS.com – A giant ship laden with containers stuck on the Suez Canal, so the topic of conversation on social media.

This existing transportation route in Egypt is a vital international sea crossing. However, this crossing was paralyzed by the giant ship Ever Given or Evergreen blocked this canal on Tuesday morning, (23 / 3.2021).

Until today, Saturday (27/3/2021) kapal Ever Given still stuck on the Suez canal and hampering global shipping.

How did it happen?

Tuesday morning, a giant container cargo ship, named Ever Given or Evergreen, headed north to the Mediterranean.

Quoting Washington Post, Friday (26/3/2021), windy weather, with a gust of sand blowing across the canal.

Strong gusts and the hydrodynamics of the shallow waters pushed the ship towards the east bank of the canal.

Until finally, the end at the bow of the ship was stuck on the edge of the canal, and the 1,300-foot hull lay diagonally across the waterway, blocking sea traffic.

Reporting from The Guardian, Wednesday (24/3/2021), the Suez Canal Authority (SCA) said the ship had lost its rudder amid strong winds and dust storms.

Bernhard Schulte Shipmanagement (BSM), the ship’s technical manager, said the ship ran aground in the canal at around 05:40 GMT.

BSM said all crew were safe and there were no reports of injuries or pollution caused by this incident.

Also read: The evacuation of Ever Given’s vessel failed on the fourth day of the Suez Canal jammed

2. The cause of the shipwreck

Former ship captain and maritime law specialist Jamil Sayegh said the accident may have been partly caused by strong winds turning the above-deck containers into big sails sending the ship off course.

“The energy generated by the wind will inadvertently change the direction of the ship,” he said.

Also read: The Suez Canal is jammed, why is it so difficult to evacuate the Ever Given ship? This is why …

Ships passing through Suez are required to use Egyptian pilots to help them navigate the stretch.

Weather forecasts had indicated strong winds were imminent, but he said both the canal authorities and sailors were trying not to delay the trip.

However, he added that human error may also have been a contributing factor as ships crossed the canals in convoys and none of the ships behind Ever Given had experienced the same problem.

3. About Ever Given or Evergreen vessels 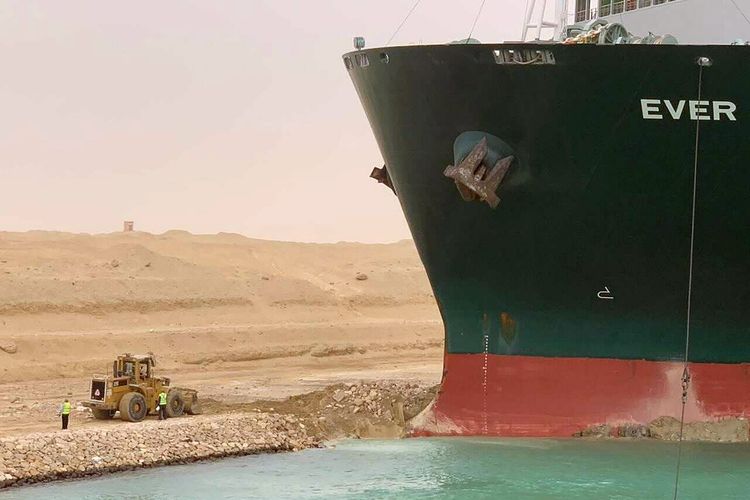 SUEZ CONTINUED AUTHORITY via AP A photo released by the Suez Canal Authority shows the cargo ship Ever Given with its bow caught on the canal wall on Wednesday (24/3/2021). This incident jammed the Suez Canal, and 150 ships were queuing to pass. World oil prices have also risen due to delays in shipments.

Ship Ever Given or Evergreen is a container ship built in 2018 and sailing under the flag of Panama.

The total length of the ship is 399.94 meters and a width of 59 meters, with a carrying capacity of 220,000 tons. Another feature, there is the writing Evergreen on the hull.

Ever Given is a new category of vessels called ultra-large container ships (ULCS), some of which are even too large for the Panama canal, which connects the Atlantic and Pacific.

The ship was carrying hundreds of containers bound for Rotterdam from China.

Due to their size, only large ports with deep ports and large gantry cranes could receive these vessels.

Container ships such as Ever Given frequently carry manufactured goods, and now account for one-third of global trade volume and 60 percent of seaborne trade.

It is unclear how long it will take for Ever Given to be pulled out of the Suez canal traffic.

4. Losses and obstructed other vessels

As of Friday, more than 160 ships docked in the Mediterranean and Red Seas.

Jonathan Owens, a logistics specialist at the University of Salford Business School, said merchandise worth US $ 3 billion (Rp.43.22 trillion) usually crosses the Suez Canal every day.

Then, Lloyd’s List of British maritime shipping publications said, the total value of goods passing daily in both directions of the Suez Canal is worth around US $ 9.6 billion (Rp.138.33 trillion).

Egyptian officials appeared confident the canal could reopen in a few days, while rescue engineers warned that clearing the jammed ship might take weeks.

This caused oil prices to jump by several dollars on Wednesday (25/3/2021) and insurance claims for late deliveries began to arrive.

5. About the Suez Canal

Since its inauguration in 1869, the Suez Canal has been one of the most important waterways in the world and connects the Mediterranean with the Red Sea and a shipping route to Asia.

When Egypt nationalized the canal in 1956, Britain, France and Israel attacked Egypt via Sinai.

As a result of the war, the canal was closed and filled with war debris and sunken ships.

The closure of the canal for 8 months in 1956 and the closure of 8 years after the 1967 war caused significant changes in global shipping.

In time, dozens of giant container ships passed by every day.

Also read: History of the Suez Canal, Connecting between the Mediterranean and the Red Sea

Its role as a cornerstone of international trade, especially in oil, led Egypt’s president, Abdel Fatah al-Sisi, to announce the expansion of a vital waterway in 2014.

It cost $ 8 billion, after the Egyptian dictator demanded the project be completed within a year.

The paralysis of the Suez Canal is a global concern, given the impact of global shipping that occurred after the war.

For now, the immediate effect of the outage is the accumulation of insurance claims and late delivery charges. 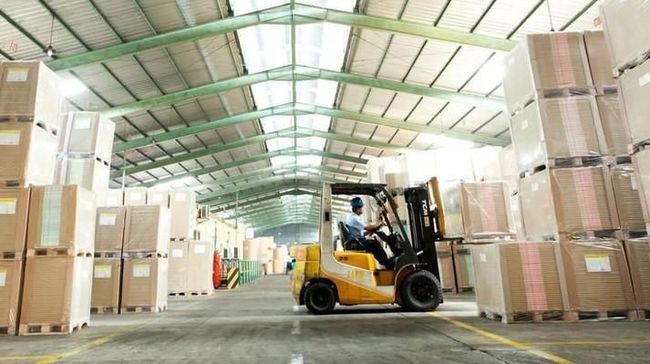 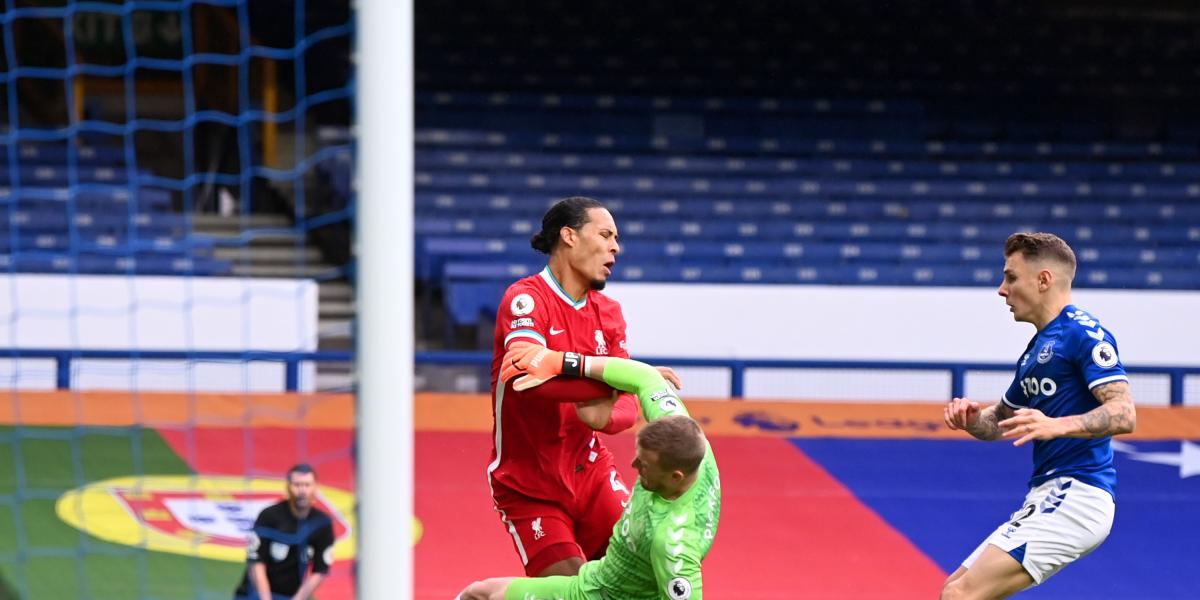 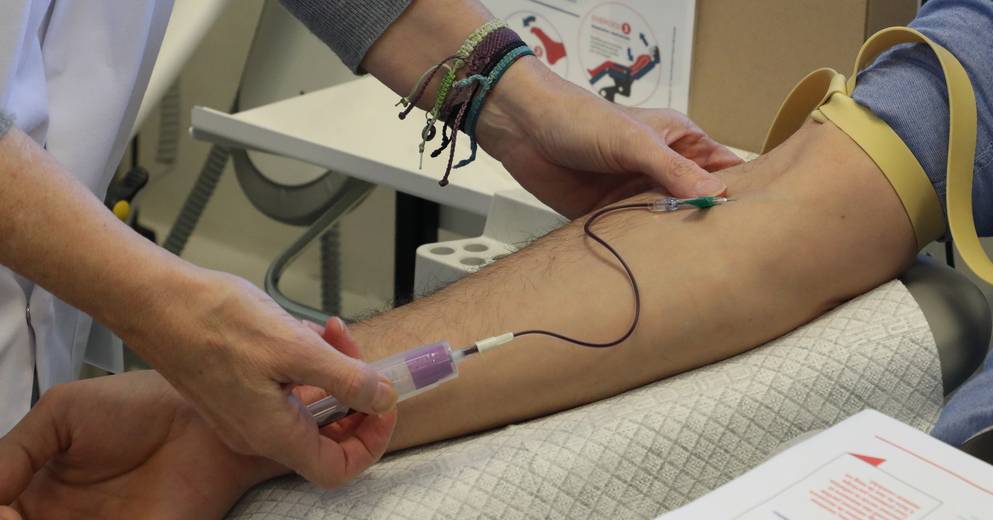