OFFICER: EXATLON returns to the screens

The fourth season of the successful reality sports competition United States Exathlon is set for her big comeback on Monday, July 13 at 7 pm/6c by Telemundo. Viewers will be able to enjoy the new era of Exatlón as a family when the group of 15 impressive athletes – seven from the Famous Team (Red Team) and eight from the Contest Team (Blue Team) – return to the competition in search of the final prize of US $ 200,000. . Led by sports commentator Erasmo Provenza, the intense family program will feature new obstacles and challenges, new athletes who will join the teams in reinforcement, plus weekly cash prizes and the arrival of the champion of the first season, Marisela “Chelly” Cantú, among other surprises.

“After the stupendous success of the first half of this season, we are delighted to bring back United States Exathlon to continue the competition until crowning this season’s champion ”, said Ronald Day, executive vice president of Telemundo Entertainment. “With a host of new physical challenges, more cash prizes, and new contestants joining the competition, fans will be able to enjoy all the excitement the show brings along with their families.”

The 15 athletes who will continue the fourth season of Exatlon United States are:

From the Famous Team (Red Team):

The 27-year-old American engineer and philanthropist Nate Burkhalter is a Houston, Texas-based Spartan running champion who was a six-time finalist for the famous competition show, American Ninja Warrior.

Lozada is a renowned Mexican who is influence fitness, presenter and TV personality, who is best known for his appearance on various TV shows reality.

26-year-old Olympic gymnast from the Dominican Republic, Peña has participated in several international and world championships, including the London 2012 Olympics, where she finished sixth in artistic gymnastics.

A Puerto Rican Olympic gymnast who exhibited great hoop skills representing Puerto Rico at the 2012 Olympics, Ramos quickly became a fan favorite during the first season of Exathlon, thanks to his athletic abilities and his speed, strength, charisma and camaraderie.

A 29-year-old professional swimmer from Monterey, Mexico, who represented his country in national and international competitions, including the Central American and Caribbean Games, where he managed to win silver medals.

From the Contenders Team (Blue Team):

Mexican-American runner, Vidal, 26, is the youngest competitor to have twice finished the Spartan Death Race, who also competed in the Spartan Ultimate, Broken Skull Challenge, and Million Dollar Mile.

Coach, motivator and Mexican contender and one of the favorites of the first season, Chuy dominated the intense obstacle courses from day one, pushing the limits and breaking records throughout his participation in the intense competition.

Professional fitness coach and sprinter from Mexico who became a favorite of the second season, Callú was a semifinalist in the second season of Exathlon and returns to meet the objective that was set the first time.

The 23-year-old resident of Cincinnati, Ohio, Urbano has been a national Heptathlon and Pentathlon champion in her native Mexico since 2010, in addition to having competed in several international championships and won the National Association of Collegiate Athletes (NCAA). in English).

From San Antonio, Texas, Martinez, 29, started playing soccer at age 12, but never managed to enter the professional level. Expert in exercises and rock climbing, I study criminal justice and currently works as an events coordinator.

A 21-year-old student born in the Dominican Republic who moved to Brooklyn, New York a year ago, Jaquez belonged to a small league team in his native country and continues to practice his favorite sport in New York.

About the presenter: Erasmus of Provence

A seasoned sportscaster, Provence has been a presenter for United States Exathlon since its first season. Originally from Venezuela, he was recently part of the official Telemundo FIFA team, providing coverage of the 2018 FIFA World Cup, and has received numerous awards for his sports reporting, including an EMMY for “Best Sports Presenter” in any language.

It is only days before the athletes can continue claiming juicy prizes in the “Fiercest television competition”. Here we are ready to continue informing you about Exatlon USA, for all content do not forget to visit AhoraMismo.com 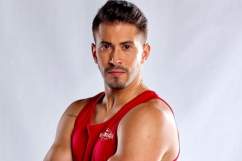 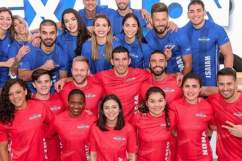 Now that the creators of the animated series have...
Read more
Entertainment

Baltic Film Days will take place at the end of August – the latest Estonian and Lithuanian cinema will be shown in Riga /...

The popular Latvian “drag queen” has come to a wig worth 3,000 euros