If we already knew the main lines of what they will have to offer, the new True Wireless Galaxy Buds Live headphones from Samsung will hit the market in three colors, including an elegant bronze. Smaller than the Galaxy Buds +, they should also be easier to wear …

Expected at the Samsung Unpacked conference in August, the Live Buds will arrive in three colors // Source: EvLeaks

Present on the headphones market True Wireless For several years now, Samsung launched its Galaxy Buds + earlier this year. Hailed by the press, including in our columns, and more widely by the public, these will soon be replaced or in any case supplemented by new Bluetooth headphones: the Galaxy Buds Live. If the concept stays the same, Samsung would bet on a redesigned design while logically adding active noise reduction. As a reminder, this was one of the main shortcomings of Buds +.

Through new leaked visuals, shared by the leaker Evan Blass (aka Evleaks) on his Patreon, we discover as a bonus three colors. In addition to the usual black and white, Samsung would also offer us a copper-colored shade with the most beautiful effect.

These visuals also present in more detail the design of these new wireless headphones. On their back, two holes corresponding to the on-board microphones, as well as a small grid, the presence of which is still difficult to explain. In any case, these two microphones should be used for the active noise reduction system, and in particular for the capture of external noise, both for the suppression of noise and for the activation of an “ambient sound” mode. .

According to XDA Developpers, the design of these Galaxy Buds Live would be more compact (only 2.8 cm long) than that of Buds +, for example. Good news that should increase comfort when these new headphones are worn, including by users with small ears. They should also stand out less than the previous models. The absence of silicone ear tips could on the other hand reduce the effectiveness of the noise reduction, the sound insulation being intrinsically linked to these flexible parts, adaptable in the ear canal. 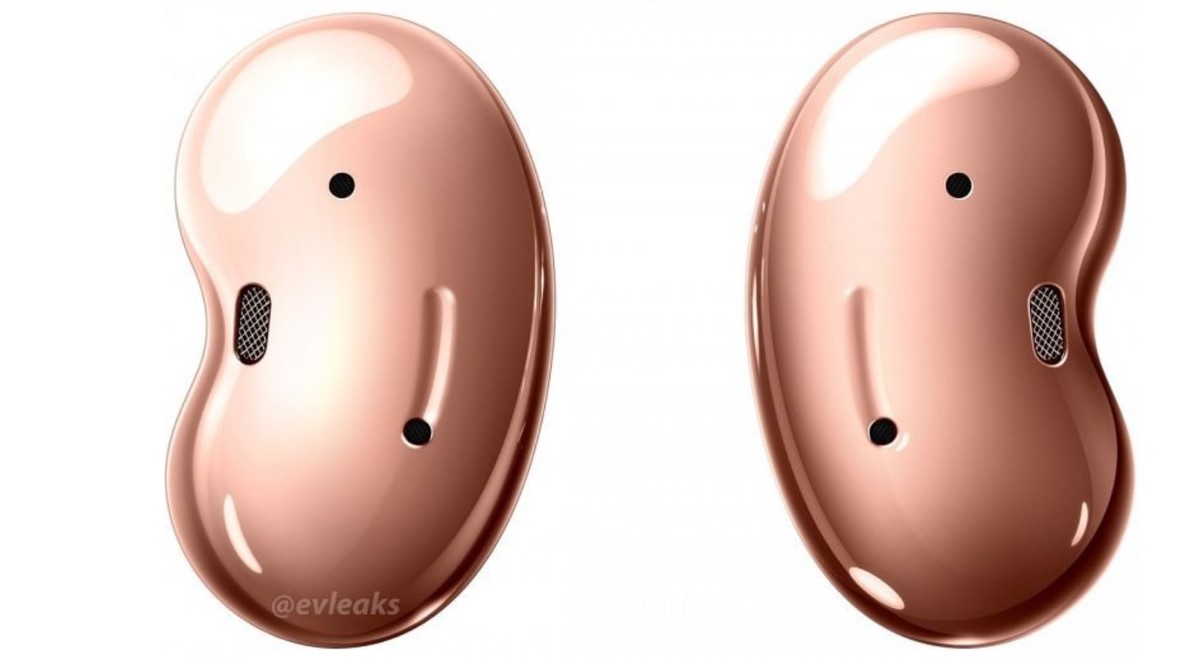 On the side of the case, Samsung will visibly abandon the elongated format for a more square box. A rubber band has also been added to the cover, probably to make its closure quieter.

We should have more information on Galaxy Buds Live next month. These new headphones should indeed be presented by Samsung during its Unpacked conference, scheduled for August 5, 2020. The event will also be an opportunity for the group to unveil a flank of other products, including the Galaxy Z Flip 5G, the Galaxy Note 20, or the Galaxy Watch 3.

Share
Facebook
Twitter
Pinterest
WhatsApp
Previous articleCoronavirus once again drives oil lower | Economy
Next articleSinger Michele Bravi has bargained for a year and 6 months for a road murder, but the sentence has been suspended

Microsoft will release its Surface Duo on...
Read more

(CNN) –– Locked up at home by the pandemic and without much to do, Kenneth Felts began to write...
Read more

The regular season is already resuming Wednesday after his suspension in mid-March. ...
Read more

“Void mandate from city councilor and local alliances with traditional parties”. M5s will vote on the new rules on Rousseau

The number of new cases had not been so high since mid-April. The FOPH also counts twelve hospitalizations...
Read more

The Kia Stinger introduces itself with a decent facelift

The rejuvenated Kia Stinger has gone through a very...
Read more
Technology

Merdeka.com - Although it still doesn't have a...
Read more